Ousted Sri Lankan president Gotabaya Rajapaksa was issued a notice by the country's Supreme Court for granting a presidential pardon to a former lawmaker of his party convicted in the murder of a party colleague in 2011. 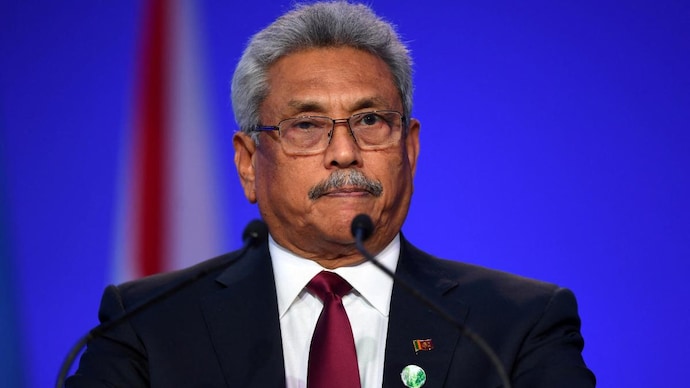 By Press Trust of India: Sri Lanka's ousted President Gotabaya Rajapaksa was issued a notice by the Supreme Court on Thursday over a presidential pardon granted by him to a former lawmaker of his party who was convicted in the murder of a party colleague in 2011.

Rajapaksa, who pardoned Duminda Silva-- a former parliamentarian from his Sri Lanka Podujana Peramuna (SLPP) party, has been issued a second summons since he left office in July this year.

Silva, who was sentenced to death in 2017 for involvement in the 2011 murder of a party colleague and ex-MP, Bharatha Lakshman Premachandra, and four others, was freed in June 2021 after Rajapaksa granted him a presidential pardon.

However, the Supreme Court in May this year quashed the pardoning and ordered Silva to be arrested again.

He is expected to appear as a respondent before the Supreme Court on December 16 for the hearing of a fundamental rights petition filed by Premachandra's wife and daughter.

Similarly, in mid-October, the highest court issued a summons to him to appear in court over the 2011 disappearance of two rights activists, Lalith Weeraraj and Kugan Murugananthan from the northern province.

The disappearances took place 12 years ago soon after the end of the country's long civil war when Rajapaksa was a powerful official at the Defence Ministry under the presidency of his elder brother, Mahinda Rajapaksa.

At the time, he was accused of overseeing abduction squads that whisked away rebel suspects, critical journalists, and activists, many of them never to be seen again.

He has previously denied any wrongdoing.

Rajapaksa, 73, was ousted in a popular uprising against him in July this year following months of street protests that called for his resignation.

He fled to the Maldives in mid-July and announced his resignation from Singapore.

In early September, he returned to the country from Thailand.