Deuba secured 25,534 votes against his nearest rival Sagar Dhakal. Deuba has never lost any parliamentary election in the five decades of his political career. 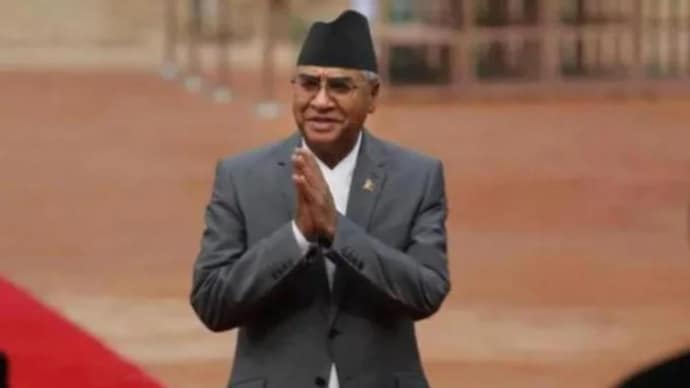 By Press Trust of India: Nepal Prime Minister Sher Bahadur Deuba was elected on Wednesday with a huge margin of votes for the House of Representatives for the seventh consecutive time, with his ruling Nepali Congress party leading in the election tally by winning 19 seats so far.

The CPN-UML partners - the Rastriya Prajatantra Party and Janata Samajwadi Party - have won one seat each and are leading in four seats each. The newly-formed Rastriya Swatantra Party (RSP) has so far won four seats and is leading in five constituencies, emerging as the third force in the general elections held on Sunday.

Deuba has never lost any parliamentary election in the five decades of his political career. The 77-year-old Nepali Congress president Deuba is currently holding the post of Prime Minister for the fifth term.

Dhakal is a young engineer, who had a verbal squabble with Deuba during a public debate at a BBC's Sajha Sawal programme five years ago, after which he decided to challenge Deuba saying that now youths should get a chance in politics and senior people like Deuba should retire.

Nagarik Unmukti Party has bagged one seat. The CPN-UML has received the highest number of votes under the proportional electoral system with the party bagging 2,07,299 votes followed by the Nepali Congress with 1,83,352 votes. Rastriya Swatantra Party is in the third position with 95,598 votes while CPN-Maoist has received 86,433 votes.