According to witnesses, a boat packed with passengers going towards a temple on the occasion of Mahalaya sank in the middle of the Karatoya river on Sunday afternoon. 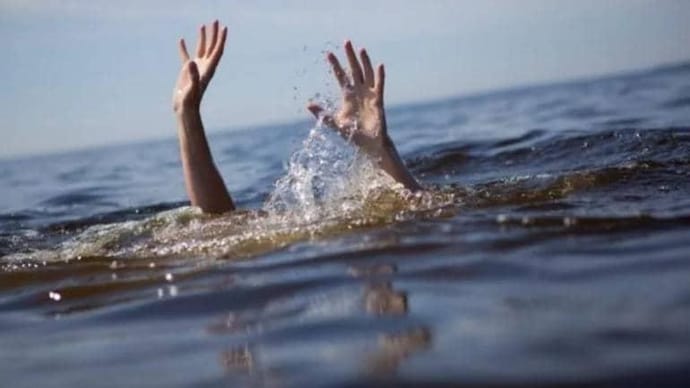 Though many passengers were able to swim ashore, women and children drowned in the river. (Representative photo)

By Sahidul Hasan Khokon: At least 24 people drowned and several more went missing after a boat capsized on the Karatoya river in the northern district of Panchagarh in Bangladesh on Sunday.

The accident took place in Auliar Ghat area under Maria Union Parishad of Boda Upazila (an administrative region in Bangladesh functioning as a sub-unit of a district). According to rescued passengers and locals, people from the Hindu community from Boda, Panchpir, Marea and Banghari areas were going from Aulia Ghat towards Badheshwar temple to offer prayers on the occasion of Mahalaya--an auspicious occasion in the Hindu calendar marking the arrival of Goddess Durga.

The boat had taken more passengers than its permissible carrying capacity, due to which it overturned after sailing to the middle of Karatoya river on Sunday afternoon. Though many passengers were able to swim ashore, most people are still missing.

Soon after getting information, Panchagarh deputy commissioner Mohammad Zahurul Islam rushed to the spot. The deputy commissioner said 24 people drowned as the boat was packed with passengers. "The bodies recovered so far include women and children," said Islam.

Sujoy Kumar Roy, officer in-charge of Boda police station, said search operations are underway to rescue the missing people. Rescued passengers and locals pegged the number of missing people at more than 30. A five-member team has been formed to probe the incident.

Out of the 24 bodies recovered so far, seven have been kept at the Boda Upazila Health Complex, said Boda Upazila health and family planning officer Rajiur Rahman.

According to news agency ANI, naval officials said more than 95% of Bangladesh's hundreds of thousands of medium and small-sized boats do not meet the minimum safety standards. But millions of people in Bangladesh rely on boats and ferries to travel to the capital Dhaka or other major cities.

Earlier this year, at least six people died and several went missing after a passenger ferry collided with a cargo vessel and capsized outside Bangladesh's capital Dhaka. Check the video below.