At a time when China has reintroduced strict restrictions and mass testing, the nation’s daily Covid tally has hit a record high since the beginning of the pandemic, revealed the National Health Bureau data. 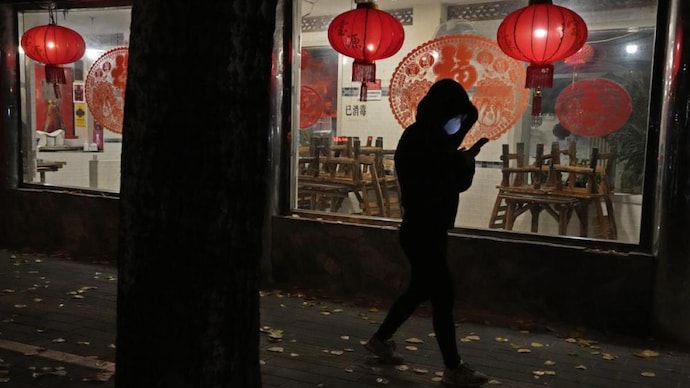 A woman wearing a mask walks past a restaurant closed to dine-in customers in Beijing, Tuesday. (Photo: Reuters)

By India Today Web Desk: Even as China has reintroduced lockdowns, mass testing and travel restrictions, the nation’s daily Covid tally has hit a record high since the beginning of the pandemic, revealed the National Health Bureau data.

China recorded a total of 31,454 domestic cases on Wednesday.

Excluding imported cases, the number of new local cases was 31,444 on November 23, of which 3,927 were symptomatic and 27,517 were asymptomatic, health authorities said on Thursday.

That number broke the previous record set on April 13, when local cases hit 29,317.

There was one death, compared with zero the previous day, pushing fatalities to 5,232. As of Nov. 23, mainland China had confirmed 297,516 COVID cases with symptoms.

The ruling Communist Party promised earlier this month to reduce disruptions from its “zero- Covid” strategy by making controls more flexible. But the latest wave of outbreaks is challenging that, prompting major cities including Beijing to close off populous districts, shut stores and offices and ordered factories to isolate their workforces from outside contact.

That has fueled fears a downturn in Chinese business activity might hurt already weak global trade.

The past week’s average of 22,200 daily cases is double the previous week’s rate, the official China News Service reported, citing the National Bureau of Disease Prevention and Control.

Hu, the government spokesman, said officials were traveling around China and holding video meetings to ensure compliance with a list of 20 changes to anti-virus controls announced on November 11. They include shortening quarantines for people arriving in China to five days from seven and narrowing the definition of who counts as a close contact of an infected person.

Despite that, the Guangdong provincial capital, Guangzhou, suspended access Monday to its Baiyun district of 3.7 million residents. Residents of some areas of Shijiazhuang, a city of 11 million people southwest of Beijing, were told to stay home while mass testing is carried out.

Factories in Shijiazhuang were told to operate under “closed-loop management,” a term for employees living at their workplaces. That adds costs for food and living space.