The 79th episode of Kaun Banega Crorepati 14 aired on November 23. Host Amitabh Bachchan said that men must never argue with their wives. 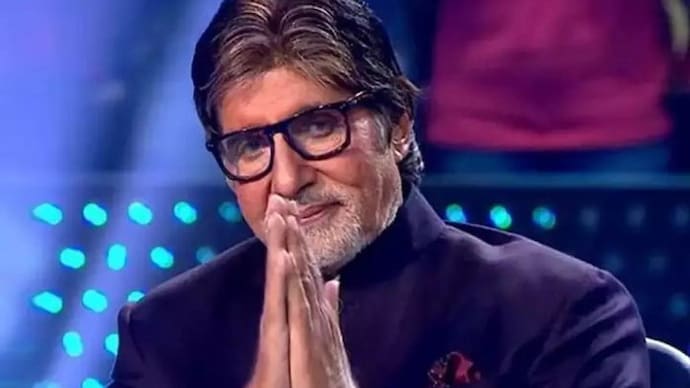 Amitabh Bachchan is the host of KBC 14.

By India Today Web Desk: In the November 23 episode of Kaun Banega Crorepati 14, host Amitabh Bachchan commenced by introducing rollover contestant Sakshi Khandelwal. She won Rs 6,40,000 on the show before quitting. After she left the hotseat, Big B played the fastest finger first round for the second time. This time, it was won by contestant Biren Vala. He took the hotseat opposite the Bollywood superstar and started the game. Biren and Big B had loads of fun conversation, wherein the latter also advised that men should never argue with their wives.

During the episode, Biren Vala told Amitabh Bachchan that he had a bet with his wife that if won the chance to sit on the hotseat, should would make his favourite food for 15 days. However, if he didn't, he would have to eat the food his wife likes. Listening this, Big B and the audience started laughing loudly.

After Biren won Rs 3,20,000 on the show, Big B told him that he can ask his wife to make his favourite food for the next 15 days. During the conversation, Big B also said that men should listen to their wives and never argue with them.

Big B said, "You should never trouble your wife and always listen to whatever she says without questioning. Even if you don’t get brinjal, ladyfinger or potato that shouldn't be a problem. Your wife must be seeing the best for your kids. She needs to see what is good for the family. A mother always takes care of her child."

KBC 14 premiered on August 7. The first episode witnessed Big B welcoming eminent celebrities, who took over the hotseat and played the game. Those who graced the show as special guests included Aamir Khan, sports icons like Mary Kom and Sunil Chhetri, along with India's first Blade Runner, Major DP Singh, and Mithali Madhumita, the first female officer to win the Gallantry Award.

--- ENDS ---
ALSO READ I | KBC 14 Episode 78 Written Update: Big B says he didn't spend much time with kids in their childhood due to work
Edited By:
Grace Cyril
Published On:
Nov 24, 2022
Listen to this story
Watch Live TV
Advertisement