Archana Puran Singh talked about being stereotyped in comedy roles. She said that it is the death of an actor. 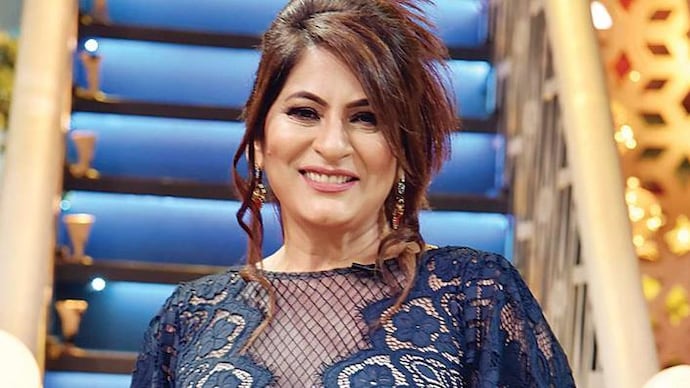 Archana Puran Singh is seen on The Kapil Sharma Show.

By Grace Cyril: Archana Puran Singh turns 60 years old today, September 26. The actress has featured in a lot of films, but you might vastly associate her with her comedy roles. She is also currently seen on the chair of The Kapil Sharma, something she took over in 2019. While she was known for her acting earlier, it was Comedy Circus that made her a household name. And this is what that bothers her now. In a new interview, Archana opened up about being stereotyped in comedy roles after TKSS. The actress feels that no one is now ready to offer her roles in other genres.

ARCHANA PURAN SINGH ON BEING STEREOTYPED IN COMEDY ROLES

Talking to Indian Express, Archana Puran Singh said, “That chhaap (image) is so solid. Also, a lot of people feel that what should they offer me after Ms. Briganza. It’s been almost 25 years since Kuch Kuch Hota Hai released. And the character is still following me. People also feel that I am best suited only for comedy. As an actor, I feel deprived, cheated and I have been left yearning for good roles.”

Archana also said that in Hollywood, it’s a positive sign that one gets stereotyped in a part. “They say if you keep getting the same roles, it means you are very lucky, that people want to keep watching you. However, I feel it’s the death of an actor. I remember Neena Gupta had once posted on social media seeking work, I guess I will take this opportunity to ask for work from directors and producers.”

The actress concluded saying, “As an artiste, I am dying to perform. People have seen just one aspect of my craft. I also have a serious side. I can do so much more than just comedy. Main ro bhi sakti hu, rula bhi sakti ho (I can cry and make people cry too). That side of me is yet to be explored but I am sure it will happen one day.”

--- ENDS ---
ALSO READ I | Archana Puran Singh reveals she had to laugh on Comedy Circus after learning about her mother-in-law's demise
Edited By:
Grace Cyril
Published On:
Sep 26, 2022
Listen to this story
Watch Live TV
Advertisement