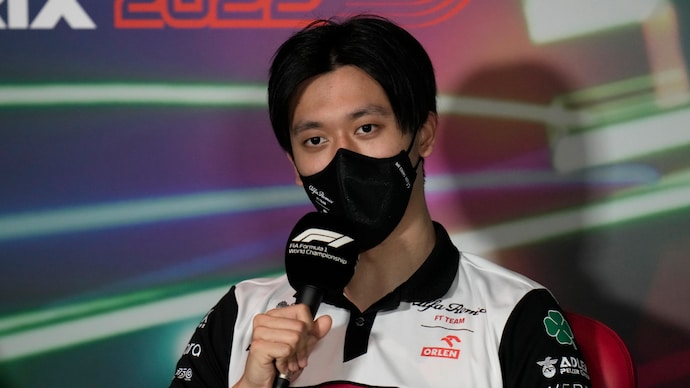 The 23-year-old got off to a positive start to his season by scoring a point on his debut in Bahrain and following it up with two more points finishes in Canada and Italy. His performances earned him a contract extension at Alpha Romeo, where he'll continue with Valtteri Bottas next season.

Guanyu thanked Alpha Romeo for the opportunity and said he would always remember his debut in Bahrain.

"I am happy and grateful to Alfa Romeo F1 Team ORLEN for the opportunity to be part of the team for another season. Making it to Formula One was a dream come true and the feeling of competing for the first time in a race will live with me forever," said Guanyu.

The 23-year-old spoke positively about his teammate Valtteri Bottas, calling him amazing.

"He's been amazing - he's one of the best team-mates I've ever had. Having such an experienced and quick team-mate, one who's very open, I've learned a lot. He did help me massively during this learning curve, and I'm very lucky to have him," Guanyu added.

Team Principal Frederic Vasseur showered praise on the young Chinese driver, saying he had been impressed by Guanyu since day one.

"I am looking forward to continuing working with Zhou. From day one with the team, at the Abu Dhabi test last year, he has impressed me with his approach to work and this is always a very positive trait. We knew he was quick, but the way he adapted to Formula One in such a short time has been one of the best surprises of our season. He is a very nice guy, everyone in the team likes both his personality and attitude," said Vasseur after extending Guanyu's contract.

Guanyu will now focus on the Singapore Grand Prix on October 2, having scored six points so far this season, compared to Bottas' tally of 46.

'End the lockdown!': Anti-Covid protests flare up in Xinjiang, Beijing after fire kills 10