New Zealand vs India: The Men in Blue and Black Caps are set to lock horns with each other in the first match of the ODI series at Eden Park in Auckland on November 25. 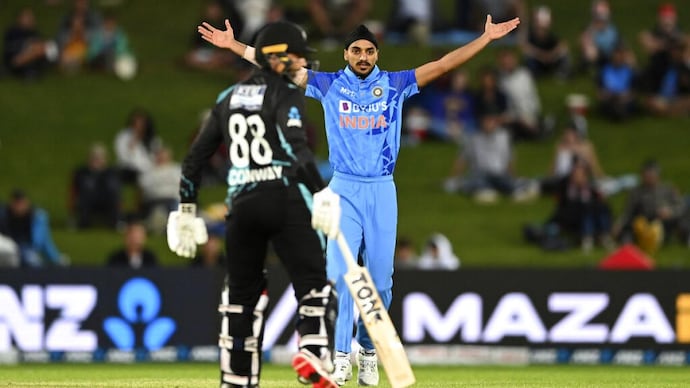 By Sabyasachi Chowdhury: India and New Zealand are all set to lock horns in the first game of the three-match ODI series on Friday, November 25 at the Eden Park in Auckland.

The Men in Blue, led by Shikhar Dhawan, will go into the series after winning the T20I series 1-0. However, it’s time for India to shift their focus to the 50-over format, keeping in mind the World Cup next year at home.

Under Dhawan, India have won five out of six ODIs this year. However, their recent one-day numbers against the Black Caps haven’t been great by any means.

Since February 2019, India have lost four ODIs against the Kiwis. While three of those defeats came in bilateral affairs, the other came in the 50-over World Cup match three years ago at Old Trafford in Manchester.

New Zealand, on the other hand, started 2022 with wins in all of their first seven matches. However, the 0-3 defeat to Australia gave them a bit of a reality check.

The Black Caps beat Ireland 3-0 earlier this year, but not before the home team made them sweat for every run and wicket.

India don’t have a full-strength squad at their disposal and the Kiwis will fancy their chances to continue their winning streak against them.

Players to watch out for

Suryakumar Yadav is mostly known for his attacking stroke-play, especially in T20Is. But the fact that he is a decent one-day player can’t be denied. Back in 2021, Yadav won the Player of the Match award when India toured Sri Lanka. Having scored two half-centuries in ODIs and 3194 runs in List A cricket, the 32-year-old isn’t alien to the 50-over format by any stretch of the imagination.

Kane Williamson hasn’t been in the best of form, but India can’t afford to undermine him. The veteran has returned after not taking part in the final T20 in Napier. He is also 16 runs short of scoring 1000 runs in ODIs between India and New Zealand. In the absence of Ross Taylor, Williamson needs to play a responsible knock in the middle order for the Black Caps.

Richa Chadha apologises for her controversial tweet on Galwan