Australia called up former Ireland all-rounder Kim Garth for the upcoming five-match Women’s T20I series against India to be played from December 9 in Maharashtra. 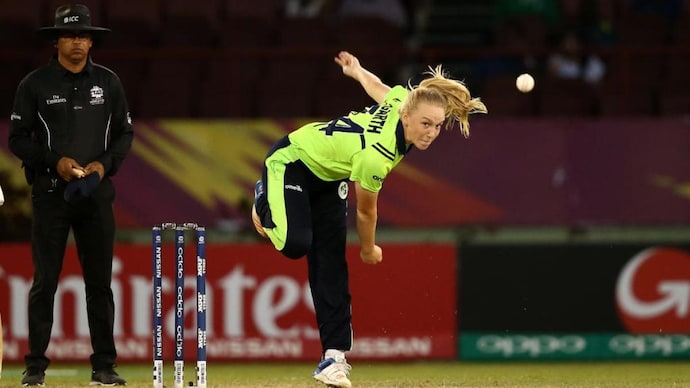 Garth, who won the Ireland women’s player of the decade in February 2021, made a move to Australia in 2020 when she signed a contract with Cricket Victoria. Garth also plays for the Melbourne Stars in the Women’s Big Bash League (WBBL).

The 26-year-old played 34 ODIs and 51 T20Is for Ireland, in which she scored 1210 runs and picked up 65 wickets with a four-wicket haul. Alyssa Healy, the Australian skipper for the tour in the absence of Meg Lanning, sounded excited about Garth.

"It's one of the most exciting names in the squad. She made the move to Australia to try and do just this, play for Australia. The way she has developed over the years is impressive. Her new-ball skills in T20 cricket are what we need and she also has variations through the middle that are very handy. She's a great addition,” Healy was quoted as saying.

“Everyone is very excited for her. It's a big move to come all the way for Ireland to chase a dream, and she's done that. I am sure she is going to look at home in the green and gold and hopefully she can have a great career," she added.

Australia also called up 19-year-old Phoebe Litchfield, who played for the Sydney Thunder Women in the previous WBBL edition.