SIGN IN
Dark Mode
NewsSCIENCESuper Saturn: A star with over 30 rings that are 200 times larger than Saturn

Super Saturn: A star with over 30 rings that are 200 times larger than Saturn

While we marvel at the pictures of Neptune with rings, there is a world out there that has 30 rings, which are 200 times bigger than Saturn's.

By India Today Web Desk: The James Webb Space Telescope on Wednesday beamed back a series of images taken from the edge of the solar system, which showed Neptune out there in the vacuum of space. The image showed the planet covered in rings that had not been seen before.

Our Solar System has several planets with rings, including Saturn and even Jupiter.

But, out there in the vastness of the cosmos, remains a world that has not one or two but over 30 rings going around it covering a vast region expanding outwards. However, it's not a planet but a sun-like star. J1407 is much larger and heavier than the ring system of Saturn.

Also Read | We have the clearest pictures of Neptune in over 30 years. It has rings

Discovered by astronomer Eric Mamajek at the University of Rochester with his fellow colleagues from the Leiden Observatory, The Netherlands, the rings system was the first of its kind to have been discovered outside the Solar System. The discovery was confirmed about a decade ago in 2012. The rings are shown eclipsing the young sun-like star J1407, as they would have appeared in early 2007. (Photo: Nasa)

Analysis of data revealed that the star had over 30 rings extending over tens of millions of kilometers in diameter. While the star was too far to observe the rings directly, astronomers said that "if we could replace Saturn’s rings with the rings around J1407b, they would be easily visible at night and be many times larger than the full moon."

Eric Mamajek, who had led the study at the time called it Super Saturn and said that the planet is much larger than Jupiter or Saturn, and its ring system is roughly 200 times larger than Saturn’s rings are today. While it was initially believed to be a star, a new study pointed out that it could be a giant planet not yet seen with a gigantic ring system responsible for the repeated dimming of J1407’s light.

The rings are so wide that they block as much as 95 percent of the light of this young Sun-like star for days. Astronomers found at least one clean gap in the ring structure, which is more clearly defined in the new model. Astronomers expect that the rings will become thinner in the next several million years and eventually disappear as satellites form from the material in the disks. 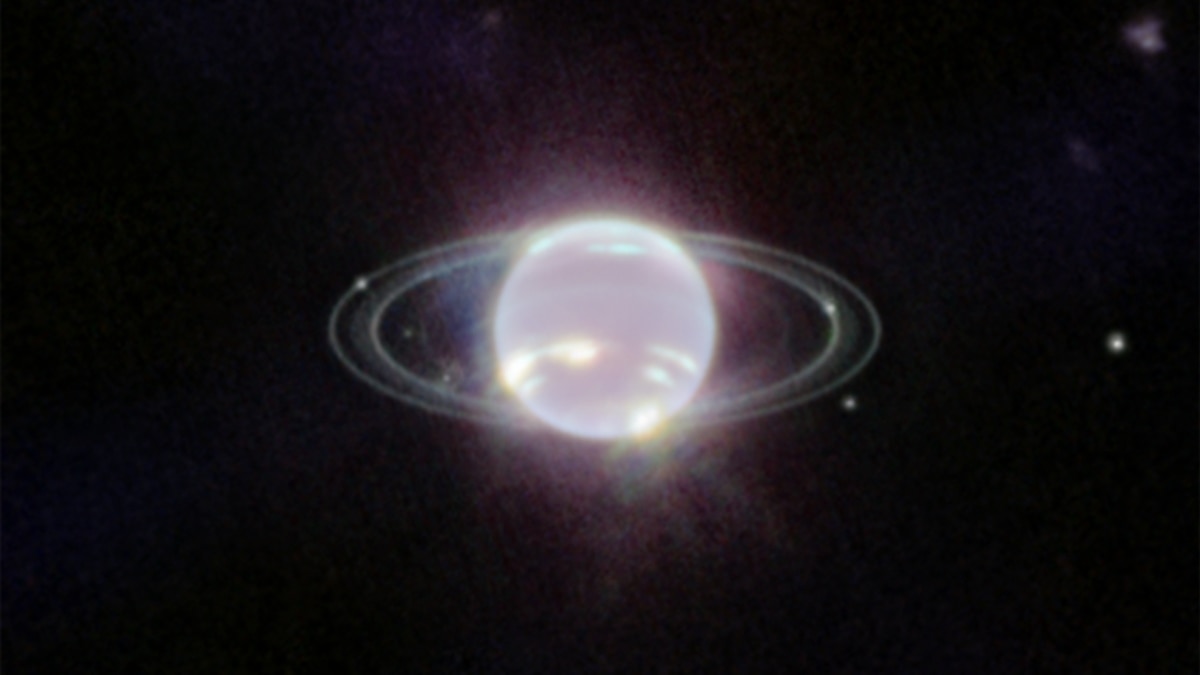 A picture of Neptune with rings as captured by James Webb Telescope. (Photo: Nasa)
advertisement

“The planetary science community has theorized for decades that planets like Jupiter and Saturn would have had, at an early stage, disks around them that then led to the formation of satellites. However, until we discovered this object in 2012, no one had seen such a ring system. This is the first snapshot of satellite formation on million-kilometer scales around a substellar object,” Mamajek had said.

While we continue to explore the Solar System and beyond, astronomers are hopeful that the James Webb Space Telescope could find more such interesting and never before see worlds in the universe.

Also Read | Having nightmares regularly? It could be linked to dementia