Along with Oceansat-3, the launch vehicle will also lift off with eight nanosatellites including a developed jointly by India and Bhutan. 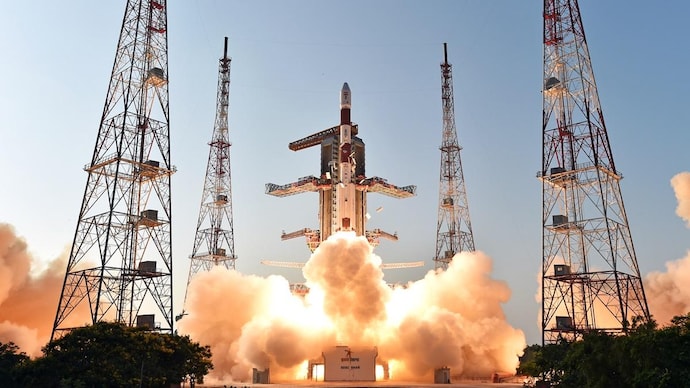 This will be the fifth launch of the year for Isro. (Photo: Isro)

By India Today Web Desk: The Indian Space Research Organisation (Isro) will conduct the last launch of the Polar Satellite Launch Vehicle (PSLV) of the year from the Satish Dhawan Space Centre in Sriharikota on Saturday. The launch will carry the Earth Observation Satellite-03 (EOS-03) also known as the Oceansat-3.

Along with the Oceansat-3, the launch vehicle will also lift off with eight nanosatellites including one developed jointly by India and Bhutan. The satellite will be launched in the Sun Synchronous Orbit marking the fifth launch of the year for the Indian space agency.

India had in September 2021 signed an agreement with Bhutan for the joint development of the satellite, which was initiated following Prime Minister Narendra Modi's visit to Thimphu in 2019.

The 30-centimeter cubic satellite has been built by Bhutanese engineers that can capture images of the surface of the Earth and will fly over Bhutan. The 15-kilogram satellite will cover the surface of Bhutan at least two to three times a day. The Bhutanese engineers have in the past said that the images will be of the moderate resolution, but mark their foray into space.

Bhutan in 2019 launched its first satellite, Bhutan-1, into space, which was an education-based CubeSat.

Meanwhile, the Oceansat series of satellites are used for earth observation and monitoring water bodies. The first Oceansat was launched in a Polar Sun Synchronous orbit nearly 720 kilometers above Earth in 1999. The satellite carried an Ocean Colour Monitor (OCM) and a Multi-frequency Scanning Microwave Radiometer (MSMR) for oceanographic studies. The satellite remained functional for 11 years in orbit till August 8, 2010.

More details about the instruments being launched onboard Oceansat are expected to come out in the days before the launch.