SIGN IN
Dark Mode
NewsNews AnalysisMCD polls: Some may win, some may lose but nothing for Delhi to gain

MCD polls: Some may win, some may lose but nothing for Delhi to gain

We have the Municipal Corporation of Delhi (MCD) polls scheduled to be held in less than a fortnight's time (December 4). A political party would win the polls and others would lose, but governance in Delhi would continue to remain defeated. 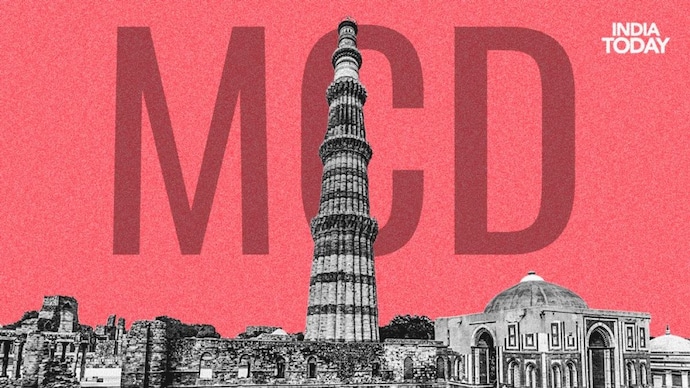 The Municipal Corporation of Delhi (MCD) polls are scheduled to be held in less than a fortnight's time (December 4). (Photo: Rahul Gupta/ India Today)

By Sidharth Mishra: Delhi has often been derided for its unique governance structure, which has three distinct levels: the Centre, state and municipality. It’s been called the multiplicity of authority, which people have claimed to be the bane of the governance of the national capital.

Now let’s put it this way: no government law or policy is prima facie maliciously intended. Deficiencies emerge in its implementation. And these deficiencies may not necessarily be on account of the law being inherently bad, but it’s largely due to the ill intent of the people implementing it.

We have the Municipal Corporation of Delhi (MCD) polls scheduled to be held in less than a fortnight's time (December 4). A political party would win the polls and others would lose, but governance in Delhi would continue to remain defeated. There is a reason for this pessimism.

Politics of confrontation between the Bharatiya Janata Party-led Centre and the Aam Aadmi Party-ruled Delhi has hampered the city’s infrastructure and its financial growth. A status quo would continue if AAP were to capture power in the civic centre. In case the BJP returns to power, the chances of having development projects back on the rail would also remain remote. The development of Delhi is only possible if the leading political parties come together to work with a sense of cooperation.

This is something which is not unheard of in the political circles of Delhi. Former Mayor of Delhi Rajni Abbi, who belonged to the BJP, was once quoted saying that when she was elected, it was then Chief Minister Sheila Dikshit, who belonged to the Congress, was the first person from whom she received the congratulatory call. In the book titled Delhi Political (1947-2013), Abbi recalls that Dikshit told her they should work together, rising above party lines as they both were women and alumni of Miranda House.

In the period between 1993 -- when the state assembly was reinstated in Delhi, MCD was reinstated in 1996 -- and 2013, there were several occasions when the leaders from the BJP and Congress put their heads together to work for the development of the city. No wonder this was the best phase of development too in Delhi, despite different parties controlling different tiers of government in the national capital.

Delhi, for almost a decade now, has been as good as ungoverned, which is shown in its collapsing civic and health infrastructure, public transport system and rising levels of pollution. Delhi needs not just patchwork on its over-burdened infrastructure but an overhaul of its ageing systems. And this can happen only if all the tiers of the government come together.

Unlike present Chief Minister Arvind Kejriwal, all his predecessors remained focused on Delhi. Be it Sheila Dikshit, Madanlal Khurana or Sahib Singh Verma, they seldom showed the ambition to grow beyond the politics of the national capital. This helped them to play a pivotal role in the governance of the city. Unlike them, Kejriwal’s focus has been to expand his party’s footmarks nationally.

This has meant hardly any focus on governing the city and undue attention to carrying out advertising blitzkriegs. Behind the faÃ§ade of the loud proclamation in hoardings and in media, the culture to perform and deliver has been lost. In the times before Kejriwal, the launch of a new Metro line would be followed by press statements informing what the passenger footfall was. In the Kejriwal era, when electric buses are launched, the government announces three days of free rides, with no attention paid to the footfalls. Instead, attempts are made to scotch information about these newly deployed buses breaking down.

Having patented the politics of subsidy through the promise of free power and free water to the urban voters of Delhi during the 2015 assembly polls, Kejriwal has gone on to showcase the ‘electoral power’ in Delhi as a product to spread the net in other states too. The politics of subsidy has harmed governance in Delhi.

A paucity of funds to meet the burden of subsidy has forced Kejriwal to take politically incorrect decisions like allowing a very liberal liquor policy in the national capital in expectation of spurring the growth of revenue. It did not help and instead landed the government in a mess.

To the credit of leaders like Khurana, Sahib Singh and later Sheila Dikshit, the Municipal Corporation of Delhi was given a fresh lease of life under the 1996 Act. This allowed some control of the state government over the municipal bodies. The 2012 Act further delegated the power vis-Ã -vis civic governance to the state government.

However, Kejriwal starving these civic bodies of funds during the past five years has led once again to central intervention. We are back to not just a pre-2012 but pre-1996 position, with the state government having no control over the civic body.

(The writer is an author and president, Centre for Reforms, Development & Justice)