At the India Today e-Mind Rocks 2021, Roshan Mathew spoke about the OTT boom and the theatre culture in South India. He said that theatres will not go extinct. 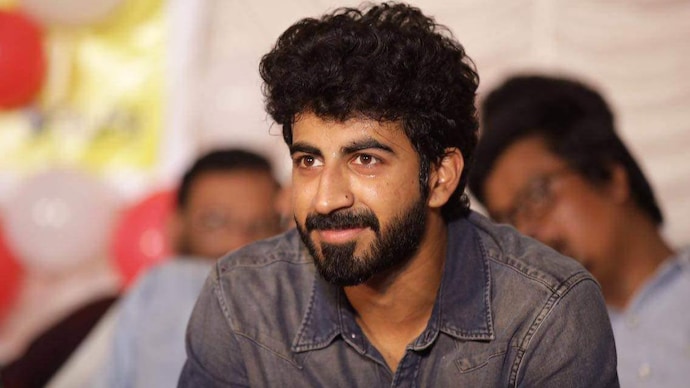 Roshan Mathew spoke on the topic - Language no bar: What it takes to be a pan India hero - at India Today e-Mind Rocks 2021.

By India Today Web Desk: Roshan Mathew is a pan-India star today, thanks to his arresting performances in films like Choked, Koode, C U Soon and his latest release, Kuruthi. At the India Today e-Mind Rocks 2021, Roshan spoke on the topic - Language no bar: What it takes to be a pan-India hero.

From being part of films in multiple languages to doing web series, Roshan Mathew is an emerging star not just in Mollywood, but also in other film industries. In 2020, he had three releases in the form of Kappela, Choked and C Soon. 2021 also looks bright for Roshan as he has over half a dozen films ready to hit the screens.

Roshan is ecstatic over the response he received for his recently released film Kuruthi, which is currently streaming on Amazon Prime Video. He said, "It feels great and such a fun team to work with. Kuruthi has an exciting and relevant story with several layers. More than that, it was an enjoyable shoot experience with so many stars. I am glad that it translated to the screen."

ROSHAN MATHEW ABOUT HIS ENTRY INTO FILMS

Speaking about how he found his calling in films, the Koode actor said, "After school, I didn't know what to choose. But I was clear about what I didn't want to do. I didn't want to be stuck in a boring job. My dad works at a bank and I have always seen him working long hours. My mum's an engineer. I have watched both of them work really hard all through their lives. I thought if I ended up in a job like that, I possibly wouldn't be happy. The scariest thing was thinking about what I would do if I ended up in such a job. That's when I enrolled myself in an undergraduate course at MCC (Madras Christian College). I found a theatre group at MCC. I went for auditions, we started rehearsals for a play. And I felt truly happy. The energy in the room gave me happy vibes. Every day, I felt that I wanted to work and thought about making myself better. That's when I knew that if I continued doing this, I'd be happy."

When Roshan auditioned for Tanlines, he wanted to take up the project for money. He said, "At that point, I auditioned for commercials, web series and everything that came my way. I signed Tanlines for money. But, I was fortunate that Tanlines became a fun project. The energy was amazing on set. In fact, Tanlines made me enjoy working in front of the camera. I realised what I did on stage, I could modulate it for the camera. A few months later, I ended up in Kerala and that's how I auditioned for Malayalam films.

ROSHAN MATHEW ON OTT VS THEATRES

Roshan Mathew does not believe that theatres will go extinct because of the OTT boom. He said, "Right now, theatres are going through a very difficult phase. But, I don't think cinema halls will become extinct. Theatre, as an art form, has been struggling, but it has always succeeded over the years. It's a part of our culture to go watch a movie in theatres. Take any festival for that matter, it is not complete without watching a film in a theatre.

ROSHAN MATHEW ON WORKING IN KURUTHI

When Roshan worked with Prithviraj Sukumaran in Kuruthi, he wanted to work more with him. "Kuruthi came to me unexpectedly. I find it fabulous because of the way it is structured. When I knew who my co-stars were, I knew it'd be an exciting project. Kuruthi is an entertaining commercial film, but it also comes with multiple layers,” revealed Roshan.

Roshan feels that it is an exciting time to be doing films in Malayalam. He said, "I feel like taking credit for other people's work. The audience here appreciate quality work and are always up for experimenting. They give you a chance, whether it's a film or an OTT film."

Speaking about films being watched all over the world, he said, "These days, films are reaching a wider audience and are accessible to people across the world. There is a sense of familiarity, not just for actors, but people now know directors by name and it is possible because of the OTT boom."

Roshan will be making his debut in Tamil with Chiyaan Vikram's Cobra, directed by Ajay Gnanamuthu. "I am comfortable in Tamil. If a language is accessible or a character that I really like, I'd love to take it up. I feel stories are universal as long as they're interesting," he said.

ROSHAN MATHEW ON THE DIFFERENCE BETWEEN MOLLYWOOD AND BOLLYWOOD

The actor has done two Hindi films - Choked and Darlings. While Choked is streaming on Netflix, Darlings is yet to release. When asked about the difference between Mollywood and Bollywood, Roshan said that he has done only two films so far. He said, "For me, Choked was like shooting a Malayalam film. Darlings was a completely different shooting experience. Maybe, it's not just about the industry, but depends on every project."

Roshan Mathew is thrilled about his upcoming film Darlings. He said, "It was a different experience shooting for Darlings. I wanted to do films in an environment that is completely alien to me. In that sense, Darlings was a much bigger project than my previous projects. It was great to share screen space with Alia Bhatt, Shefali Shah and Vijay Varma. Alia is just great to watch on screen. She comes to the set prepared. I guess it's something she has achieved so far through the years."