Gautham Karthik and Manjima Mohan look lost in love in new pics ahead of wedding. Seen yet?

Gautham Karthik and Manjima Mohan are getting married on November 28. The actress took to social media to share some adorable pictures of the two. 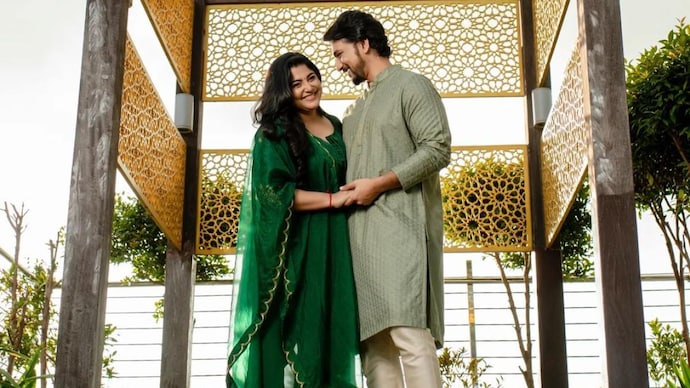 By Janani K: Gautham Karthik and Manjima Mohan are the new couple in town! The two will tie the knot on November 28 in Chennai in the presence of friends and family members. Ahead of their grand wedding, the two met the media to share their love story. Now, Manjima took to social media to share some dreamy pictures with the love of her life, Gautham Karthik. They have been dating for nearly three years and have now decided to take their relationship to the next level.

At the press conference in Chennai, Gautham Karthik revealed that he proposed to Manjima and that she agreed two days later. They acted together in Devarattam in 2019.

On November 25, Manjima Mohan gifted fans some adorable pictures from the pre-wedding photoshoot. In the picture, they are twinning in matching green outfits. The actress shared the photo with a green heart emoji.

ABOUT MANJIMA AND GAUTHAM

Gautham Karthik and Manjima Mohan met each other on the sets of Devarattam in 2019. They became best friends during the shoot and a year later, he proposed to Manjima. The couple has since then seen each other's strengths and weaknesses. Now, the couple is gearing up for their wedding on November 28. The wedding will be a one-day event. The couple revealed that there will not be a reception.