SIGN IN
Dark Mode
NewsMoviesCelebritiesPankaj Tripathi on OTT censorship: Ask myself if it’s key to story or sensationalism

Pankaj Tripathi on OTT censorship: I ask myself if it’s sensationalism or essential to the story

At India Today e-Mind Rocks 2021, Pankaj Tripathi spoke about self-censorship in OTT content. The actor believes in choosing projects on his own terms. 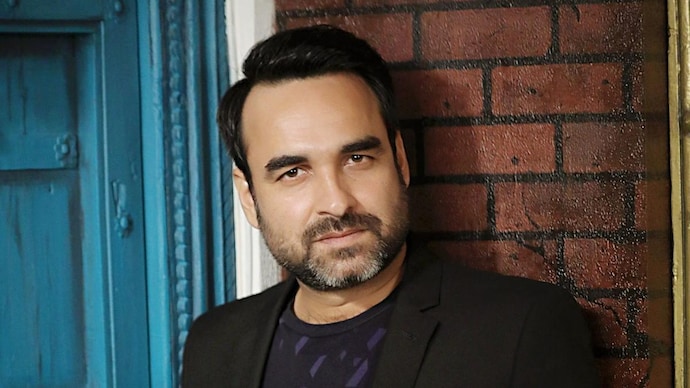 Pankaj Tripathi shared his views on censorship at e-Mind Rocks 2021.

By India Today Web Desk: Pankaj Tripathi has conquered the OTT space in recent years with shows like Mirzapur and Sacred Games, among others. As the debate about censorship on streaming platforms is gaining momentum, the actor opened up about his perspective on self-censorship.In a session titled New age hero: What it takes to succeed in both films and OTT session at India Today e-Mind Rocks 2021, Pankaj Tripathi said as an actor, he evaluates the content himself to understand if it is important to the narrative or just plain sensationalism.

He said, “They say that since there's no censorship in OTT, people tend to go too far. As an actor, I believe in self-censorship. My job as an actor is to look at my role, my scenes, not the entire show. So I ask myself, the expletives I'm mouthing, how important are they to the scene? Is this mere sensationalism or will it actually take the story forward?”

Pankaj Tripathi, who played the mafia boss Akhandanand Tripathi AKA Kaleen Bhaiya in Mirzapur, became quite famous for delivering dialogues laden with expletives. Talking about that, the actor said, “In Mirzapur, I have hardly spoken three expletives. They became memes so people may think there were many.”

PANKAJ TRIPATHI ON THE SCOPE OF OTT PROJECTS

Pankaj Tripathi is considered one of the finest actors of Hindi cinema. He opened up about his decision to dive into OTT projects at a time when big stars were not entering the digital space. He said, “I never had any qualms about taking up OTT projects. I knew this isn't TV, it’s a sort of personal viewing which has a lot of scope. At the time when I said yes to Mirzapur, and then Sacred Games, the bigger stars perhaps were a little hesitant to enter this space. But the makers in OTT wanted to tell new stories and wanted talents, so they picked actors like us and said let's make stars out of them.” Yes, it paid off and how!

The actor feels there’s pressure on regular cinema to keep innovating now. He said, “On OTT, new stories and new ways of telling those stories are being explored” In view of this OTT revolution, he thinks films need to focus on stories, storytelling and performances.