Alia Bhatt took to her Instagram on November 24 to reveal the name of her baby girl - Raha. Several celebrities including Kareena Kapoor have wished the new parents. By India Today Web Desk: Alia Bhatt and Ranbir Kapoor are the new parents in town! The much-in-love couple embraced parenthood on November 6, 2022. Alia and Ranbir welcomed their first child, a baby girl at Sir HN Reliance Foundation Hospital and Research Centre in Mumbai. It is the same place where late Rishi Kapoor received treatment and also breathed his last. On November 24, Alia finally revealed what she has named their baby. She also revealed what it means, and who named the little one. Several celebrities, including Kareena Kapoor, have left sweet comments on Alia's post. 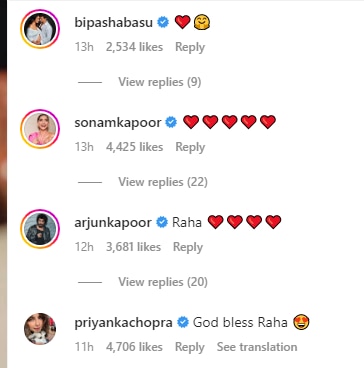 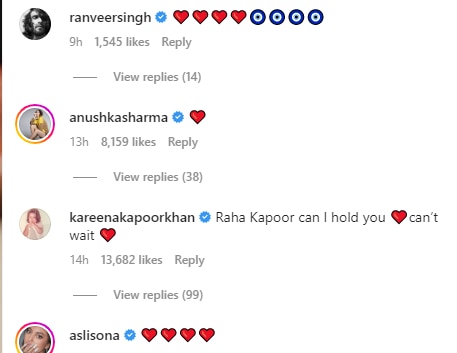 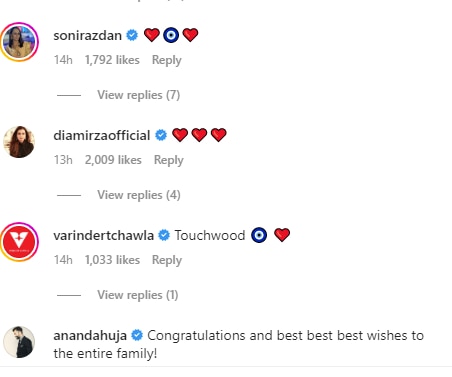 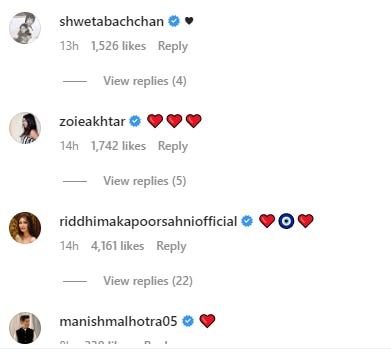 Alia Bhatt and Ranbir Kapoor have finally revealed the name of their baby girl. Taking to their Instagram, the couple shared that their daughter has been named Raha. The proud mommy also shared what the name means. Captioning the picture, she wrote, “The name Raha (chosen by her wise and wonderful Dadi) has so many beautiful meanings"¦ Raha, in its purest form means divine path in Swahili she is Joy, In Sanskrit, Raha is a clan, In Bangla - rest, comfort, relief, in Arabic peace, it also means happiness, freedom & bliss (sic).”

She also added, “And true to her name, from the first moment we held her - we felt it ALL! Thank you Raha, for bringing our family to life, it feels as though our lives have only just begun (sic).”

Alia Bhatt and Ranbir Kapoor welcomed their first child, a baby girl on November 6. To share the news, Alia shared a text post that had a picture of three lions. Along with it, she wrote, "And in the best news of our lives :- Our baby is here... and what a magical girl she is. We are officially bursting with love - blessed and obsessed PARENTS!!! love love love Alia and Ranbir (sic)." She captioned it with a heart emoji.

ABOUT RANBIR AND ALIA

Ranbir Kapoor exchanged wedding vows with Alia Bhatt on April 14, 2022. The couple got married at their home, Vastu, in Bandra. It was an intimate wedding with only their friends and family in attendance. On the work front, they were recently seen in Brahmastra. Directed by Ayan Mukerji, the film went on to cross Rs 450 crore at the global box office. It hit the big screen on September 9, 2022.