SIGN IN
Dark Mode
NewsMoviesBollywoodFilm critics, beware. You're about to lose your organs | Chup Review

Chup Movie Review: Film critics, beware. You're about to lose your organs

Chup, starring Sunny Deol and Dulquer Salmaan, is a riveting thriller that makes an impact without trying too hard. It also features romance and a strong message. 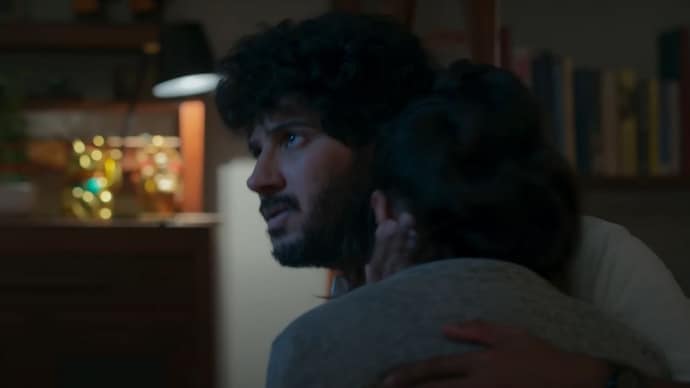 By Roktim Rajpal: R Balki's latest movie, Chup, starring Dulquer Salmaan and Sunny Deol, is an intense and thought-provoking thriller that tries to examine the true purpose of film criticism. The flick luckily does so without being preachy or overly dramatic. Chup revolves around a serial killer who brutally murders critics for insulting artistes with their ruthless remarks. The authorities soon rope in the bold cop Arvind Mathur (Sunny) to investigate the case. He finds a few striking similarities between the killings, which sets the stage for a cat-and-mouse game.

The basic storyline is quite compelling as it features pretty much everything — right from a bit of gore to a liberal dose of twists — that one would expect from a thriller. The promising premise exceeds its potential because of the skillfully-executed screenplay.

Broadly speaking, a thriller can work only if it packs a punch without trying too hard to do so. Take Drishyam, for instance. The Mohanlal-led movie, which was remade in Hindi under the same title with Ajay Devgn in the lead, attained cult status as everything about it felt as organic as possible. This is exactly where Chup succeeds. The film moves at its own pace initially as director R Balki carefully constructs its world. Given the genre, violence is an integral part of the narrative. None of the scenes try to shock the audience. The focus instead is on using these scenes to explore the serial killer's psyche.

The same applies to the big twists as well. The work, despite being obvious mainly as the staging, is as good as it gets.

The writing, however, peaks in the romantic scenes. Dulquer Salmaan's exchanges with Shreya Dhanwanthary cater to those fond of breezy yet realistic love stories. There is absolutely nothing filmi or pretentious about these sequences.

The film features several short yet watchable scenes that examine the complex relationship between art and its critics. The second half feels a bit slow in the portions but does a fair job of setting the stage for the thrilling finale. The closing sequences of Chup touch upon a sensitive topic while celebrating the magic of cinema.

Chup's true beauty lies in the fact that it manages to deal with three distinct aspects or subplots rather competently. None of these tracks feel undercooked.

Coming to the performances, Dulquer does justice to a complex character. His chemistry with Shreya may initially remind one of his breezy rapport with Nithya Menen in OK Kanmani.

The way he deals with the scenes depicting his character's trauma, however, is quite different from the approach adopted by Fahadh Faasil in films such as Joji and Maheshinte Pratikaaram. FaFa used his eyes to internalise his characters. DQ, on the other hand, uses his body language to bring out the complexities of his character.

Shreya, who plays a young journalist, channels her character's innocence.

It is, however, Sunny Doel who proves to be the scene stealer here. The veteran actor delivers a beautifully restrained performance. He packs a punch without even flexing his muscles. The natural intensity that he brings to the table in Chup may remind one of his work in the underrated Ghayal 2.

Saranya and Pooja Bhatt are a bit underutilised. The former, however, makes her presence felt despite the limited screen time.

The dialogues have situational appeal, and lines such as 'Scorcese nahi Shetty' and 'Galti Se Tax' stand out. The editing is good as Chup doesn't drag. The romantic song featured in the film, however, could have been catchier. The other technical aspects are up to the mark.

To sum up, Chup is a highly watchable and layered thriller that may 'silence' its critics, courtesy of its refreshing concept.