Beyond the mists of myth, the lure of the Montecristo lies as much in its lore as its legendary draw 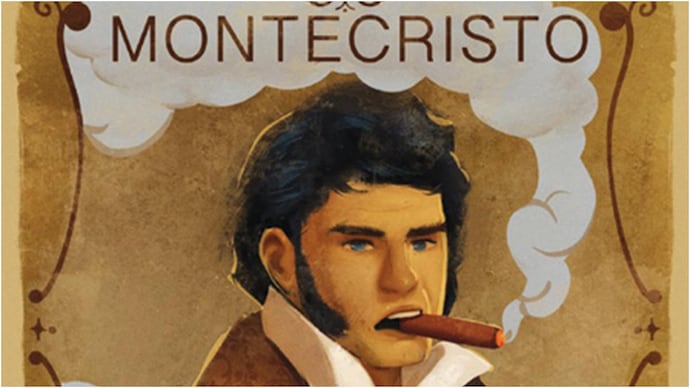 A look at how Montecristo cigars earned their legendary reputation; (Illustration: Siddhant Jumde)

The 19th century French auteur Alexandre Dumas of Count of Monte Cristo fame smoked pot. A lot of it. But Dumas’s enigmatic hero, Edmund Dantes’s taste in tobacco was suitably recherche: he smoked cigars. The story of his doomed romance with Mercedes is a favourite with Cuban torcedors (rollers), and the cigar, one of the world’s largest selling brands, is named after Dantes. So popular is the novel that it is still read out in Cuba’s cigar factories by lectores and lectoras—story tellers who see themselves as cultural promoters. In 1935, Alonso Menendez, who owned Montecristo and H Uppman brands, decided that his employees needed to improve their knowledge. He picked a torcedor with a literary bent to read aloud famous books to the rollers working at their desks on exquisitely tiled floors. In the novel, Abbe tells Dantes, “To learn is not to know; there are the learners and the learned. Memory makes the one, philosophy the others.” It is the philosophy of the torcedors in the halls of Habanos. So popular are lectores in cigar lore that a play set in 1929 Cuba about cigar rollers called “Anna in the Tropics” even won the Pulitzer Prize for Drama in 2003—unusual for a theatrical piece that did not have a Broadway premiere. In the play, a lectore reads "Anna Karenina" in a cigar factory. As the concurrent streams of reading and rolling enjoin, one leaf turning, another leaf curling, literary passion shreds the blue collar stereotype of mulatto women rolling stogies on their voluptuous thighs. The torcedors get their culture from classic literature, not porn.