The Supreme Court order on abortion rights is not limited to cis-gender women alone. The interpretation of the abortion laws in the judgment would be applicable to other gender identities as well. 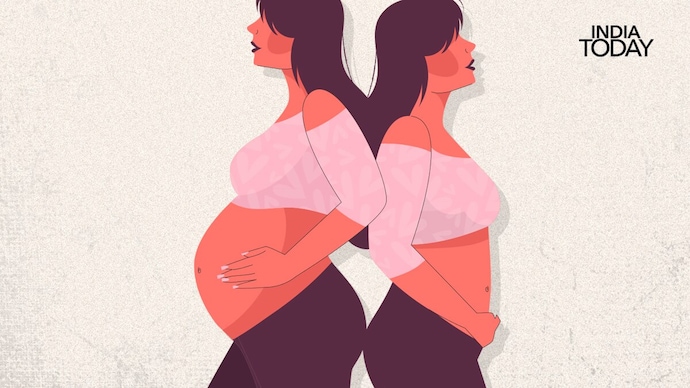 The Supreme Court has upheld reproductive and bodily autonomy of women in its abortion rights verdict. (Photo: India Today)

By Srishti Ojha: The Supreme Court of India batted for inclusivity while delivering its historic judgment on abortion rights for women on Thursday. A bench headed by Justice DY Chandrachud said that the judgment would not be limited to cis-gender women but would in fact be applicable to all persons who may require access to safe medical termination of their pregnancies.

Before discussing the provisions of the Medical Termination of Pregnancy (MTP) Act and rules, the bench in its judgment said,Before we embark upon a discussion on the law and its application, it must be mentioned that we use the term woman in this judgment as including persons other than cis-gender women who may require access to safe medical termination of their pregnancies.

As a result, the observations made and the progressive interpretation of the abortion laws in the judgment would be applicable not just to cis-women but also other gender identities, including the LGBTQ+ community and gender-diverse persons.

READ | All women, married or unmarried, have right to safe abortion under law, says SC

Considering the entire MTP Act and rules that specifically use the word pregnant 'women', an observation like the present one from the top court is definitely a right step towards inclusivity, which has through the present verdict, also upheld their reproductive and bodily autonomy.

The Supreme Court had reserved its order in the present case in August and had voiced resolve and mulled over how to draft a judgment that would ensure such parity, enabling unmarried women to terminate their pregnancies till 24 weeks and protect their bodily autonomy and dignity.

In this case, the SC had earlier passed an ad-interim order to allow the petitioner, an unmarried woman, to abort her pregnancy of 24 weeks subject to a medical board constituted by the AIIMS Delhi determining that the foetus can be aborted without risk to the life of the woman.