‘What did he (Rebeiro) do when he was in office? We won't pass futile orders. Those orders will never be implemented. Then you will come in contempt," Justice Datta told the petitioners. 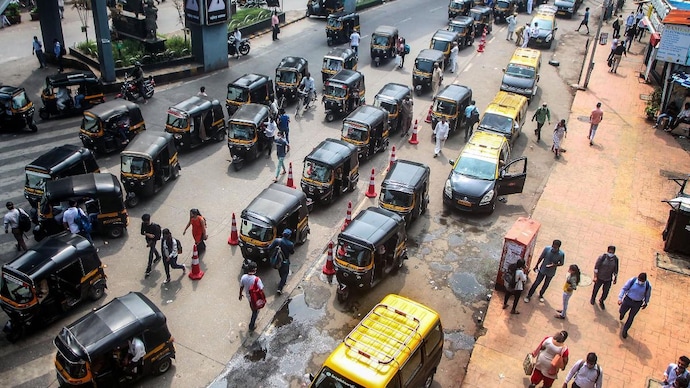 Nine buses run by BEST were damaged during the day-long bandh called by the MVA alliance in October 2021.

By Vidya : The Bombay High Court has refused to grant any interim relief to the Public Interest Litigation (PIL) petitioners who were seeking that the bandh call given by the Maha Vikas Aghadi (MVA) on October 11, 2021, in solidarity with the farmers’ protests against the Lakhimpur Kheri incident, be declared as illegal.

The bench of Chief Justice Dipankar Datta and Abhay Ahuja, however, admitted the petition, saying that "Since it is evident from wireless message that the bandh call had been given by the MVA, and that the constituents of MVA who are respondents in the case have stayed away from proceedings till date, we issue rule against such respondents."

The political parties are at liberty to file appropriate affidavits by January 9. The rejoinders need to be filed by petitioners before January 18. "Since we propose to consider the PILs finally on the adjourned date, the question about granting interim relief as prayed for by petitioners does not arise," the bench said.

Former Mumbai police commissioner Julio Rebeiro and other like-minded citizens had filed the PIL seeking Rs 3,000-crore compensation from the state government for the state-sponsored bandh. Another petitioner, Sujay Patki, had filed a PIL through advocate Pritesh Burad, seeking relief on the lines of Rebeiro's petition.

The petitioners had sought that as an interim relief, the bandh call should be declared illegal and a compensation fund be created to compensate all those people who couldn't go to work and had to suffer losses.

On Thursday, Chief Justice Datta first said that "judicial orders won't solve the issue." However, advocate RD Soni, representing Rebeiro, pleaded, "At least set up a compensation fund for those affected by the bandh. At least there will be monetary deterrence."

However, Chief Justice Datta retorted, "There is a general trend in this country that people don't do anything, but after retirement they come into service. What did he (Rebeiro) do when he was in office? We won't pass futile orders. Those orders will never be implemented. Then you will come in contempt."

Soni pointed to a Kerala High Court order, to which Chief Justice Datta said, "Even in the Kerala High Court order, compensation was never given. Why, because the court knows its boundaries. These have to be provided by law. We cannot even recommend to the legislative to legislate or the executive to formulate laws. The judiciary can only ensure that the rights of people are not trampled upon. Show judgments that we can go further."

The bench further said, "Whoever has called the bandh is personally liable for it. Why did you not come with contempt? It is civil contempt. Whoever is heading the party, that person is responsible. Against them, you should have come in contempt."

However, Soni replied, "In contempt, I could not have asked for the setting up of a compensation fund."

The bench further asked, "Have you brought any instance where someone, a private citizen, wanted to defy bandh and political parties did not allow him to exercise his fundamental right, whether a person was assaulted or was prevented from doing his daily work?"

"No," replied Soni. At which, the bench said, "If that is so, then the people also wanted the bandh."

The bench then asked government pleader Jyoti Chavan, representing the state government and the police, as to who took the call for the bandh. Chavan said the petitioner had said that it was a cabinet decision. However, no such decision was taken in the cabinet meeting.

The bench again stressed, "Who gave the call? On what basis did you alert and deploy police?" Chavan replied, "There were media reports." The bench then asked, "You worked on media reports? Not on government directions?"

Soni then pointed to certain documents that indicated that the bandh call was given by the then government in Maharashtra.