A group of unidentified men dug a tunnel to the Garhara railway yard in Bihar's Begusarai district and stole an entire diesel engine of a train part by part. 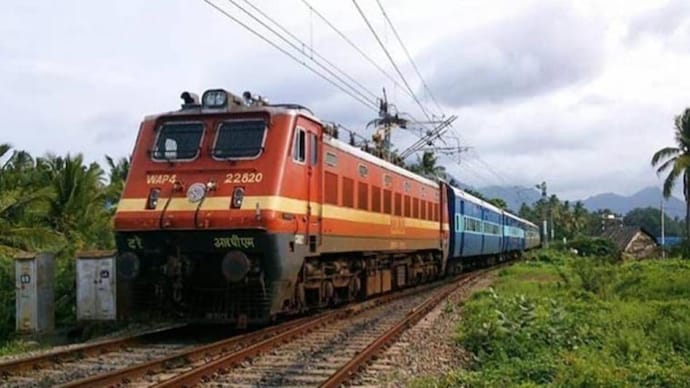 Police said a diesel engine of the train was kept for repairs at the railway yard. (Representative photo)

By India Today Web Desk: A group of unidentified men dug a tunnel to the Garhara railway yard in Bihar's Begusarai district and stole an entire diesel engine of a train, which was kept at the yard for repairs, part by part, said police on Friday.

P S Dubey, the inspector of Railway Protection Force (RPF), Muzaffarpur, said three people were arrested after a case was registered last week at the Barauni police station for the theft of the diesel engine brought for repairs to the Garhara yard.

During interrogation, the three arrested men said that they dug a tunnel to the railway yard, through which they carried the locomotive parts and other items of the engine in sacks.

The arrested men also mentioned an owner of a scrap godown during the interrogation. Based on the information, searches were conducted at a scrap godown in Prabhat Nagar area of Muzaffarpur district from where police recovered 13 sacks full of equipment used in trains.

The recovered items include engine parts, wheels of vintage train engines and railway parts made of heavy iron, said Dubey.

Police have launched a search for the owner of the scrap godown.

According to police, the gang is also involved in unbolting steel bridges and stealing their parts.

Last year, a railway engineer of Samastipur Loco Diesel Shed was suspended after he allegedly sold off an old steam engine kept at the Purnea court premises.

The engineer had allegedly used a forged letter of the divisional mechanical engineer of Samastipur to sell the engine in connivance with other railway officials and security personnel.