A spike in dog-biting cases in Delhi-NCR, among other parts of the country, has led to dog phobia, which in turn has made life tougher for dog owners. 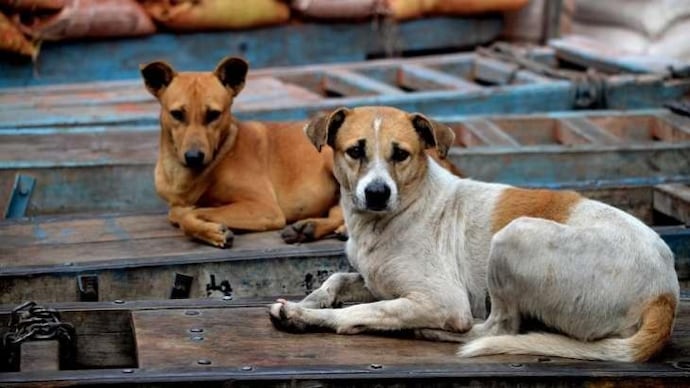 The focus on dog-bite incidents has led to increased attacks on dogs (Photo: PTI)

By Shreya Sinha: If you have been on social media over the last few weeks and followed news, you would be aware of the spike in dog bite cases in different parts of the country, mostly in Delhi and the national capital region. Many of these incidents were caught on camera and went viral on social media. These have led to a fear of dogs among many and made it difficult for pet owners.

In a few cases, children were attacked, delivery boys were bitten by pet dogs. Most of the dog-biting incidents involved pet dogs and not stray dogs. Now, dog owners have claimed that arbitrary rules are being imposed on them by authorities of resident welfare associations (RWAs) in light of the recent spike in such cases. Several housing complexes have warned residents against feeding stray dogs and imposed hefty fines for non-compliance with the rules. Even though the issue needs a solution, residents claim harassment on a daily basis.

In several areas, including Noida, residents of housing complexes have been barred from using the elevators with their pet dogs, and dog lovers have also been warned against feeding strays.

Taking note of the spike in such cases, the Municipal Corporation of Delhi (MCD) has asked residents to get their pets registered and warned that action could be taken for non-compliance with the norm.

"Under Section 399 of the Delhi Municipal Act 1957, it is mandatory to register all pet dogs with the municipal corporation. The section also gives power to the MCD to detain a dog found in a public place if a pet dog is not registered with the civic body," the civic body said in a statement.

Apart from Delhi and Uttar Pradesh, Kerala has also witnessed cases of dog-bite incidents. Recently, a child was attacked by a group of stray dogs while he was riding a bicycle. Weighing in on the issue, the Kerala High Court observed that it is not acceptable that a person walking on the street is being bitten by a dog.

"You can’t have a person walking on the street being bitten by a dog. It is not acceptable. We have to accept there is a problem. We can’t deny that," Justice Khanna remarked.

The focus on dog-bite incidents has also led to increased attacks on dogs. A video of a dog being dragged by a moving car in Rajasthan went viral on social media. The man behind the incident, a doctor by profession, has been booked by the police. While the issue needs an urgent solution, action also needs to be taken against hounding of pet lovers and assaults on stray animals. Population control measures for stray gods, vaccination, deworming, and other measures have to be put in place. NGOs and municipal corporations will also have to step in to end the menace.

READ | Pet dogs, their behaviour and how not to let them bite | Deep Dive