SIGN IN
Dark Mode
NewsIndiaSatyendar Jain’s ‘masseur’ in Tihar jail is Rinku. Know about him

Satyendar Jain’s ‘masseur’ in Tihar jail is Rinku. Know about him

The Delhi Police sources said Rinku, the son of Tarachand, was arrested last year after his then 14-year-old daughter, a class 10 student, accused him of raping her. He is awaiting trial. 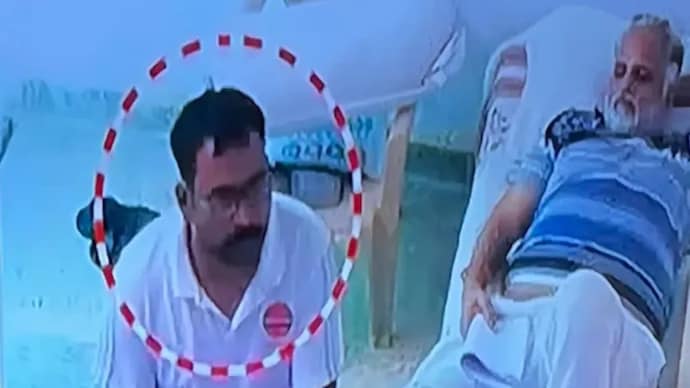 Rinku, the man who gave massage to Satyendar Jain, is a labourer and accused of raping his minor daughter.

By Tirtho Banerjee: A video of imprisoned Delhi minister Satyendar Jain getting a massage from a man in Tihar jail has created a furore.

After it surfaced and went viral, the Aam Aadmi Party (AAP) claimed Jain needed “physiotherapy sessions” in the prison for his spinal injury. Hitting out at AAP, the Bharatiya Janata Party (BJP) has now alleged that the man seen giving massages to Jain is not a physiotherapist but a rape accused named Rinku.

On Tuesday, BJP spokesperson Shehzad Poonawala asserted that the masseur Rinku is an accused charged under the Protection of Children from Sexual Offences (Pocso) Act and Section 376 (rape) of the Indian Penal Code.

The Delhi Police sources said Rinku, the son of Tarachand, was arrested last year after his then 14-year-old daughter, a class 10 student, accused him of raping her when she was alone at home. He is awaiting trial.

Sources also said that Rinku is a labourer and has no medical training whatsoever. He keeps a low profile.

According to some reports, the case (FIR No. 121/2021) pertaining to Rinku’s crime was lodged at Jafarpur Kalan police station. The FIR details can not be disclosed, as he is a Pocso case convict.

While the Physiotherapists’ Association of India has demanded an apology from Delhi deputy chief minister Manish Sisodia for “degrading physiotherapy”, the BJP and Congress have demanded the resignation of Jain immediately and called for a probe for violating jail rules. Jain, the cabinet Minister of Health and Family Welfare, Industries as well as the Public Works Department (PWD) in the AAP government, is in Tihar Jail for charges of money laundering. The Enforcement Directorate (ED) had earlier said that Jain was getting special treatment in the jail.