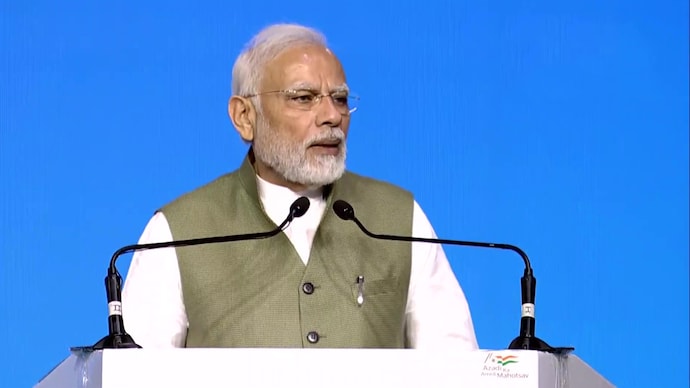 PM Modi, while addressing the World Diary Summit 2022, said that scientists have prepared an indigenous vaccine for Lumpy Skin Disease among cattle.

"Our scientists have prepared an indigenous vaccine for Lumpy Skin Disease among cattle," said PM Modi.

He also said that the central government along with various state governments is trying to control Lumpy Skin Disease among livestock.

"With the help of modern technology, biometric identification of animals is being done under scheme 'Animal Base'," PM Modi stated.

PM Modi further said that India is building the largest database of dairy animals, and every animal associated with the dairy sector is being tagged. More than 1,000 startups set up in the agriculture and dairy sector in the last 5-6 years, he added.

Lumpy skin disease is a contagious viral disease that spreads among cattle through mosquitoes, flies, lice, and wasps by direct contact, and also through contaminated food and water. The disease causes fever and nodules on the skin, and it can be fatal.

Meanwhile, the four-day long IDF WDS 2022 is being held from September 12 to September 15 and is being organised at India Expo Centre & Mart in Greater Noida, Uttar Pradesh.

Around 1,500 participants from 50 countries are expected to participate in IDF WDS 2022. The last such Summit was held in India about half a century ago in 1974.

"The Indian dairy industry is unique in the sense that it is based on a cooperative model that empowers small and marginal dairy farmers, especially women. Driven by the vision of the Prime Minister, the government has taken multiple steps for the betterment of the dairy sector resulting in an increase of milk production by more than 44 per cent in the last eight years," said the PMO.

"The success story of the Indian dairy industry, accounting for about 23 per cent of global milk, producing around 210 million tonnes annually, and empowering more than 8 crore dairy farmers, will be showcased at the IDF WDS 2022," it said.

(With input from agencies)

Donald Trump back on Twitter after Musk’s poll supports reinstatement