Locals in Kerala’s Ernakulam took out a protest in Aluva-Perumbavoor road over a man who succumbed to injuries from a road accident a month ago on Friday morning. Protesters burnt effigies of Kerala PWD minister Muhammad Riyas and Aluva MLA Anwar Sadath. 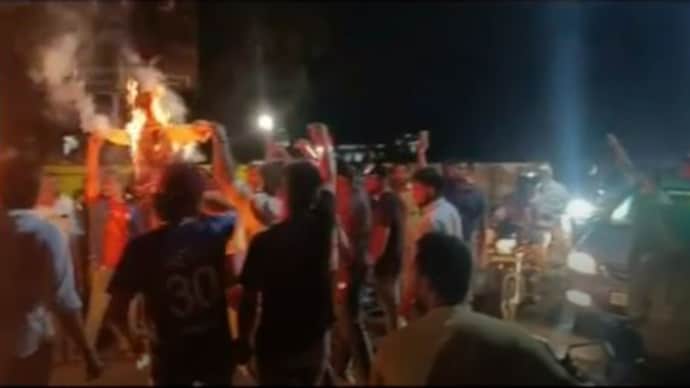 Protesters burning effigies on the Aluva-Perumbavoor road in Kerala’s Ernakulam.

By Shibimol KG: A man who was undergoing treatment for an accident caused by a pothole in the road succumbed to his injuries early on Friday morning in Kerala. Agitated locals blocked the Aluva-Perumbavoor road where the accident took place a month ago.

The deceased, identified as Kunhumuhammed (74), fell into a pothole on the Aluva-Perumbavoor road in the Ernakulam district on August 20. He was injured in the head in the accident and was undergoing treatment.

He had not regained consciousness since the accident. He succumbed to his injuries early on Friday morning at a private hospital in Aluva.

There have been several other complaints about the road, which was allegedly damaged one month after it was renovated.

Due to this, the Vigilance and Anti-Corruption Bureau (VACB) has probed the matter and submitted its report to the Kerala High Court after the Court asked about the road's condition.

Blast in autorickshaw in Mangaluru an act of terror, says Karnataka top cop