A petition challenged the Centre's notifications on grounds that they would make the environmental clearance process meaningless and violate the provisions of the Environment Protection Act, 1986. 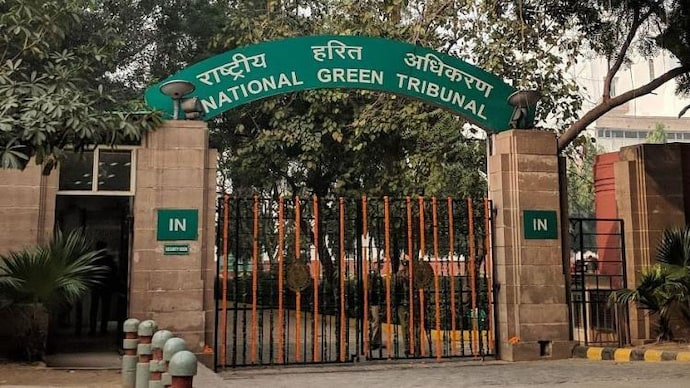 "Large-scale decentralization may defeat the object of sustainable development and appraisal may be farce," noted the principal bench of the NGT, in Delhi, which is headed by justice Adarsh Kumar Goel.

In April and May 2022, the Ministry of Environment, Forests and Climate Change issued notifications to modify the environmental clearance process for Category B projects- which include "all minor mineral projects (irrespective of capacity), coal mining projects up to 500 Ha., and major mineral (noncoal) projects. It also includes expansion of airports and airstrips.

Under the April 20 and May 9 notifications, the government has "decentralised" the environmental clearance process, allowing the state Environmental Impact Assessment Authority (SEIAA) to grant clearances for these projects. The notification also loosened the process of public hearing about objections to the projects, allowing the hearing to be conducted by an SDM level officer, and reducing the time allowed for rescheduled public hearings.

A petition moved before the Green tribunal by NGO Social Action for Forest & Environment (SAFE) has challenged these notifications on grounds that they would make the environmental clearance (EC) process meaningless and violate the provisions of the Environment Protection Act, 1986.

The court also noted that "inadequacy of capacity of environmental regulators has been noted by this Tribunal" in judgments delivered in 2019, 2020, and 2021.

“Environmental crimes are much more harmful than regular financial crimes. Environmental damage affects 'greater public cause' and ‘accountability’ of the state as trustee of wildlife and ecosystems comes into the picture. Irrespective of what the government does, by the time the courts rule on this issue, so much time is gone by that it causes irreversible damage which is sometimes unmeasurable too.” Bhavreen Kandhari, environmental activist said.

Various benches of the Green tribunal and the Supreme Court had earlier raised concerns about the expertise of the State Environmental clearance authorities, the large number of vacancies in various state authorities and the need for a detailed performance audit of all state environment clearance agencies.

The performance audits of Uttar Pradesh and Maharashtra, submitted in 2021, clearly show the need to bring in more experts and to upgrade the laboratory and other equipment available. The order has also cited reports where serious lapses in monitoring by the state authorities had been found.

"Unless the Central Government is satisfied that the functioning of SEIAAs is upgraded to enable it to take the requisite load, decentralization may result in irreversible environmental degradation by unchecked violations," the NGT order noted.

The Green tribunal has now called for a response from the MOEF&CC on the concerns raised by the petition.

"Even though decentralization of the EC process may not by itself be objectionable, adequacy of capacity for proper appraisal for grant of EC in the light of observations needs to be ensured," the tribunal said.

The matter will now be heard on 13 September.

"The Ministry of Environment and Forest and Climate Change have once again proved that they stand for environmental (and environmental) clearance, and not for environmental protection. These notifications clearly make the environmental laws of our country redundant and toothless, given the lack of resources and expertise at the state and district level. Clearly, the government is interested in sanctioning projects at the cost of the environment and public health, else rules should have been strengthened and enforced, instead of weakening them each day and making enforcement governance clerical rather than strict and diligent," Environmentalist Vimlendu Jha said.