In Uttar Pradesh's Ghaziabad, a man was allegedly thrashed when he stopped one of the dog owners from walking his dog near railway tracks. The victim sustained injuries and is currently undergoing treatment at a hospital. 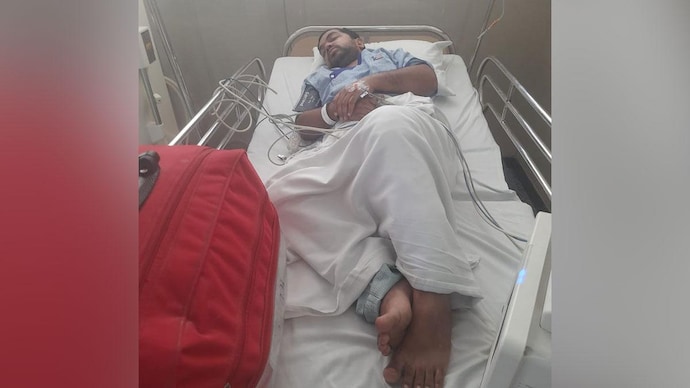 The victim sustained injuries during the fight and has filed a complaint against the dog owner (Photo: India Today)

By India Today Web Desk: A fight erupted between two men in Uttar Pradesh's Ghaziabad after one of them stopped the other from walking his dog near a railway track. The incident happened in Ghaziabad, Sector 2, under Indirapuram police station limits and a video of the same is making rounds on social media.

The complaint was filed by Mohit Kumar in which he alleged that when he asked Ketan Sabarwal not to permit his dog to walk near the railway track and litter around, he was thrashed. He further alleged that Ketan also threatened that he would take revenge with the entire colony, the FIR registered with the police stated.

The complainant stated that action must be taken against the accused for hurling abuse, thrashing him and also giving death threats. Police officials have filed a complaint in the matter and an investigation has been launched.

In a similar incident, a security guard in Haryana's Gurugram was allegedly beaten by a dog walker after the latter stopped him from walking his dog. The CCTV footage of the incident showed that the man brutally beating the guard with sticks.

The guard apparently told him that he wasn't allowed to walk his pet in a part of society and this led to a dispute between the two following which the man beat the guard.

With several incidents of dog bites occurring in Delhi-NCR over the last few months, many societies have banned dog walking in public spaces.

The Ghaziabad administration has imposed a ban on residents from keeping Pitbull, Rottweiler and Dogo Argentino breeds as pets. Moreover, the city's municipal corporation issued a series of guidelines on Saturday, addressed to pet-owners, stating that no family can keep more than one pet dog.

The pet owners will require licenses for their dogs which will be issued from November 1, 2022. Now, they will be required to obtain their dogs' registration within two months.

(With inputs from Mayank Gaur)