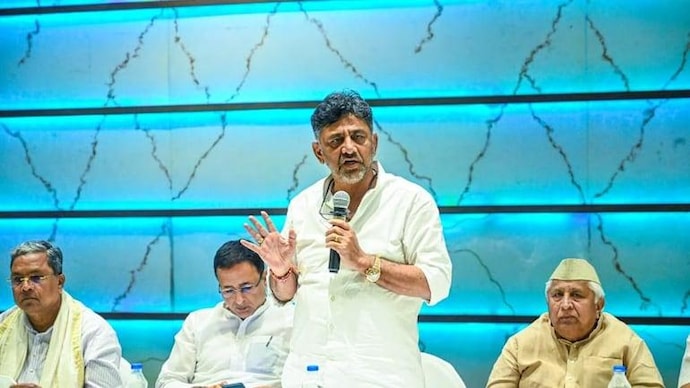 By Sagay Raj: A day after Congress issued notification for the All India Congress Committee’s (AICC) presidential polls, Karnataka Congress joined the other states in backing MP Rahul Gandhi to lead the party as the president.

Talking to India Today, Karnataka’s Congress President, DK Shivakumar, said, "I want Rahul Gandhi to lead the Congress party. Without the Gandhi family, we would find it very difficult."

"Karnataka Congress leaders are committed that Rahul Gandhi must become the president. However, the AICC will take the final decision, "said Shivakumar.

Meanwhile, Rahul Gandhi, while addressing a press conference in Cochin on Thursday, made it clear that he would not file the nomination for the party’s presidential post.

The process of filing the nomination for Congress’ highest post will take place from September 24 and will go on until September 30.

The scrutiny of the nomination paper would be done on October 1, and the last date for the withdrawal of nominations would be October 8. The polling will take place on October 17.

After two days, on October 19, results will be declared after counting the votes.

More UK visas for Indians: A look at types of visas