The Petroleum workers' union in Assam stopped transportation of fuel to Meghalaya, following reports of attacks on vehicles from Assam. 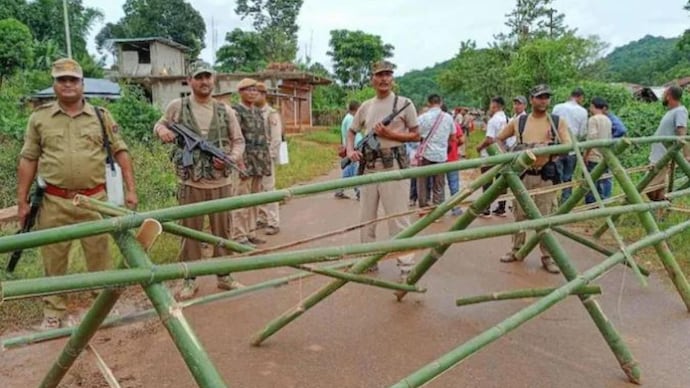 By Press Trust of India: The apex body of petroleum workers in Assam on Thursday said it has stopped transportation of fuel to Meghalaya, following reports of attacks on vehicles from Assam in the backdrop of violence along the inter-state border that left six people dead.

The Assam Petroleum Mazdoor Union (APMU) shot off separate letters to all PSU oil marketing companies, including IOC, HPCL and BPCL, and informed these entities about the union's decision to not load fuel in tankers.

A senior official at the IOC's northeast headquarters in Guwahati confirmed receipt of the letter, while a spokesperson of Numaligarh Refinery, from where BPCL sources its products for Meghalaya, said the "official concerned" is yet to receive it. No immediate comment could be obtained from the HPCL officials.

Pointing out the attacks on vehicles with Assam number plates in Meghalaya, the APMU, in the letter, said, "Our members are afraid to go...for supplying petroleum products". The union stressed that safety and security of the transporters as well as the products are first priority in the current situation.

"Therefore, we have decided not to take any load from today onwards until and unless Government of Meghalaya assures us (of) the safety and security of T/T (tank trucks) crews," the APMU said. The petroleum workers' body also asserted that if any untoward incident takes place, it will be the sole responsibility of the Meghalaya government.

"Our drivers and handymen were attacked when there were disturbances in Meghalaya earlier. Some of them were critically injured. They have become handicapped for their whole lives. We cannot take any risk again," APMU General Secretary Ramen Das told PTI.

He also alleged that trucks supplying non-petroleum products were pelted with stones in the last two days but "no harm has been done to oil tankers as of now".

"We supplied fuel to Meghalaya till yesterday, but the situation is turning bad with more vehicles being attacked. So, we have decided to stop supply from today," Das said.

At least five vehicles from outside Meghalaya have been set on fire in different parts of the hill state since the violence on Tuesday, besides several cases of stone pelting being reported. At various points to enter Meghalaya from Assam, including at Guwahati, Assam Police personnel put up the barricades and suggested people not to go inside the hill state in any vehicle bearing number plate from Assam.

Six people, including a forest guard, were killed in violence at a disputed area along the Assam-Meghalaya border on Tuesday, after a truck allegedly laden with illegally felled timber was intercepted by forest personnel of Assam.