Rajasthan speaker CP Joshi's name has been recommended by Ashok Gehlot for the post of CM. Ashok Gehlot may enter the All India Congress Committee (AICC) presidential poll fray. 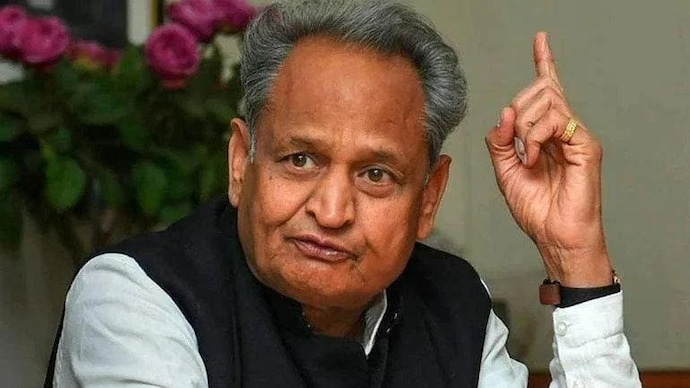 Ashok Gehlot may continue as CM till the end of February to present the last budget of the state government. Though Joshi and Gehlot shared sour relations in the past, the proximity between the leaders increased after Joshi helped Gehlot in saving his government in June 2020. When rebel MLAs were camping in Manesar, Joshi had issued a disqualification notice to 19 Congress rebel legislators, including former deputy chief minister Sachin Pilot.

According to sources, Sonia Gandhi told Gehlot that the party's presidential election would be free and fair.

The principle of ‘one person one post’ will come up only when the candidate will be finalised and will win, Sonia Gandhi told Gehlot.

The race for the Congress president's post hotted up with Ashok Gehlot giving a clear indication that he could enter the poll fray and Shashi Tharoor meeting the party's poll panel chief to enquire about the nomination formalities.

Responding to another question on whether he would stay on as chief minister, Gehlot said, "Wherever I stay in one post, 2 post, 3 post or nowhere, I don't mind, my wish will be to enter the field, tour with Rahul Gandhi ji, go on the yatra, call upon the people to hit the streets and open a front against these fascist people."

"Time will tell where I remain. I would like to stay where the party benefits from me, I will not back down," he asserted.

Congress is preparing to hold its first presidential election in 22 years. A face-off is being expected between two non-Gandhi candidates, party MP Shashi Tharoor and Ashok Gehlot.

WHO IS CP JOSHI?

Born in Rajasthan’s Kunwaria in Rajsamand district, Joshi holds a doctorate in psychology and a law degree. He worked as a lecturer when former chief minister of Rajasthan Mohanlal Sukhadia found him and hired him for his election campaign. Delighted with his victory in that election, Sukhadia gave Joshi a ticket in 1980. Joshi was 29 when he became an MLA for the first time. In 2008, Joshi was president of the Rajasthan Congress.