SIGN IN
Dark Mode
NewsIndiaGehlot confirms bid for Congress chief, but won't stay away from Rajasthan

Ashok Gehlot confirms bid for Congress president, but won't stay away from Rajasthan

Ashok Gehlot on Thursday confirmed that he will file a nomination for the Congress presidential poll. 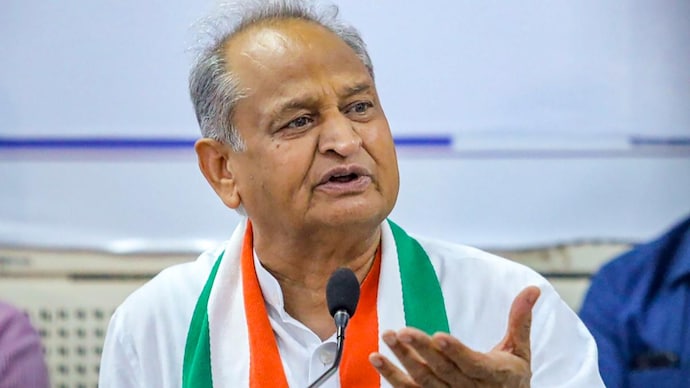 “I will file a nomination, then the other process will be in place, and an election can also be held. This all depends on the future,” Ashok Gehlot said on Thursday.

‘I don’t want to make a comment on anyone in particular. Let us see what situation unfolds in Rajasthan, what decision Congress High Command takes, and what Rajasthan MLAs think. It all depends on this,” Ashok Gehlot said, talking about the Congress presidential poll.

The race for Congress presidential polls has heated up with Ashok Gehlot confirming that he will file a nomination for the top post, while MP Shashi Tharoor has also received Sonia Gandhi's 'okay' to run for Congress chief.

Meanwhile, there is a growing clamour for Rahul Gandhi to take over the reins of the Congress, with as many as seven state units passing resolutions to bring back the Wayanad MP as the party chief.

The process for filing nominations for the Congress chief's election will be held from September 24 to 30. The date of scrutiny of the nomination papers is October 1, while the last date of withdrawal of nominations is October 8.

The election, if there is more than one candidate, will take place on October 17. The counting of votes and the declaration of results will be on October 19.

What is G20 and what challenges India faces as it assumes Presidency?