Bajwa had, in October, met former Pakistan PM Nawaz Sharif in London, fuelling speculation that he was pushing for an extension of his tenure 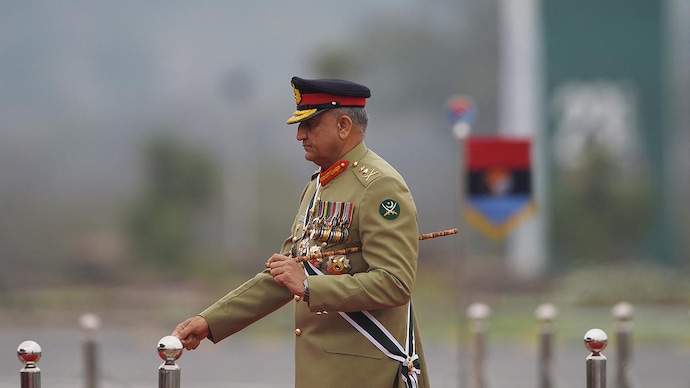 By Pradip R. Sagar: With General Qamar Javed Bajwa set to hang up his boots after a six-year-long tenure, the countdown begins for the appointment of Pakistan’s next army chief—an event that will be keenly watched by India. Pakistan prime minister Shehbaz Sharif is finalising the successor of Bajwa, whose term is scheduled to end on November 29.

Shehbaz reportedly met his older brother and former Pakistan PM Nawaz Sharif in London recently to apparently discuss the appointment. Interestingly, of the 10 Pakistan army chiefs since 1972, five assumed the post when Nawaz was PM, in various tenures.

Bajwa was appointed army chief for three years in November 2016 by Nawaz Sharif. He secured an extension for another three years from the Imran Khan government. Last month, Bajwa had met Nawaz Sharif in London, fuelling speculation that he was pushing for yet another extension. He, however, clarified later that he was not seeking a further prolonged term.

The army chief’s position is considered to be one of the most powerful in Pakistan, a country that has witnessed long spells of military rule and where tensions between elected governments and the military establishment have been common. Except for Gen. Raheel Sharif, all army chiefs of Pakistan have got extensions.

From India’s perspective, Bajwa, to some extent, played a key role in bringing peace on the Line of Control (LoC) following the ceasefire between the two countries in February 2021. The situation remains somewhat calm along the border with incidents of ceasefire violations down. Military officials say there is, however, no let-up in infiltration of terrorists from Pakistan.

Bajwa’s exit is happening on a controversial note, with a Pakistani website recently claiming that his close family members benefitted from his term as army chief and became billionaires.

Among the frontrunners to succeed Bajwa is Lt Gen. Syed Asim Munir, the quartermaster general at the general headquarters in Rawalpindi. Munir’s seniority lends him much advantage as does the fact that he has served in the Inter-Services Intelligence (ISI), Pakistan’s intelligence agency. Next comes Lt Gen. Sahir Shamshad Mirza, corps commander Rawalpindi. He has served as chief of general staff. Mirza shot into prominence as director general military operations when he spearheaded the military operations against the Tehreek-i-Taliban Pakistan (TTP) and other militants in North Waziristan during Gen. Raheel Sharif’s tenure.

Another contender is Lt Gen. Azhar Abbas, currently chief of general staff in the Pakistan army. He is no. 3 in the hierarchy and seen as the close confidant of Bajwa. Abbas is also considered to be an expert on India matters.

Military observers say a surprise choice could be of ISI director general Lt Gen. Nadeem Anjum. He belongs to the influential Punjab Regiment of the Pakistan army and is called by colleagues as the “man with glacier brain but sharp reflexes”. Under Anjum’s command, the Frontier Corps Balochistan conducted several anti-terrorism operations, earning Anjum the title of ‘Mohsin-e-Balochistan’. He has also served in key positions on the LoC.