Differences persist within the three services on the issue. The Indian Air Force, for instance, is of the view that a separate air defence command would be ‘counterproductive’ 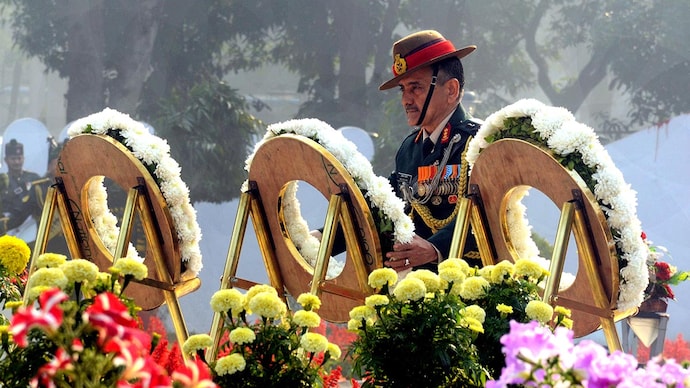 By Pradip R. Sagar: The Union government, on September 28, made the much-awaited announcement of the next chief of defence staff (CDS), appointing Lieutenant General (retd) Anil Chauhan to the post. He will also function as secretary, department of military affairs (DMA), ending speculation that the government had planned to split the two positions to avoid over-burdening of tasks.

Lt Gen. Chauhan, 61, will be India’s second CDS. His predecessor, Gen. Bipin Rawat, died in a helicopter crash in December last year. This is the first time in the history of the Indian military that a retired three-star officer has returned to active service in a four-star position.

In the 10 months following Gen. Rawat’s death, there had been widespread speculation that the next CDS would be appointed from within the Indian Army, not only because it is the biggest and most influential of the three services but also because Gen. Rawat’s untimely death had left the army’s CDS term unfinished.

In June, when the government made changes in the rules for appointment of the CDS, military circles were abuzz with Lt Gen. Chauhan’s name as a possible contender for the coveted post. Lt Gen. Chauhan belonged to the 11 Gorkha Rifles regiment, the same as Gen. Rawat. He is a native of Uttarakhand, like Gen. Rawat was. After his retirement from the army in May 2021, Lt Gen. Chauhan had been working closely with National Security Advisor Ajit Doval as a military advisor in the National Security Council Secretariat.

Seen as an expert on China, Lt. Gen. Chauhan previously served as director general of military operations (DGMO) before being appointed as the eastern army commander in September 2019. In his 40-year-long service in the army, he commanded an infantry division in the critical Baramulla sector in the Northern Command and later a corps in the Northeast.

Besides being a hardcore military man, Lt Gen. Chauhan has been a regular contributor to military think-tanks and has authored the book Aftermath of a Nuclear Attack.

As CDS, one of Lt Gen. Chauhan‘s biggest tasks will be to complete the theaterisation of the defence forces, which will see the creation of theatre commands. Gen. Rawat, who had started the process, was of the view that there was a marked lack of synergy between the three military wings since they operated in isolation. In the past few months, several studies on theatre commands have been underway at the Department of Military Affairs, along with a study on manpower optimisation.

The main agenda for the CDS will be to build a lean and integrated warfighting machinery within the budgetary constraints. The issue of theatre commands has been mired in controversy within the services, with the Indian Air Force (IAF) objecting to the move. Air chief marshal Vivek Ram Chaudhari recently said a separate air defence command would be “counterproductive”.

Gen. Rawat had been working hard to iron out the inter-service differences—a task his successor will have to continue. Like in the US and China, Gen. Rawat planned to have five commands—northern, western, peninsular, air defence and maritime.

The Indian military currently functions under 17 single-service commands. It has eight commands to manage the China front as against a single theatre command of the Chinese military responsible for borders with India. The proposal to set up unified commands came after the 1999 Kargil War, but the concept remained in limbo partly over fears that it would trigger an ugly turf war between the three services. If IAF chief Chaudhari’s remarks are any indicator, the issue of theaterisation still remains hotly debated and polarising within India’s defence establishment.

At least 10 injured in shooting outside bar in US' Philadelphia