Ukrainian President Volodymyr Zelenskyy and his adviser Oleksiy Arestovych did not attend the NYC pride parade and the viral photo is doctored. 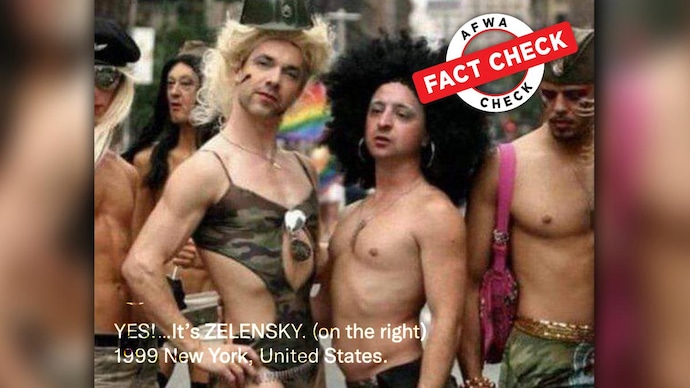 Zelenskyy did not attend a New York pride parade more than two decades ago.

A photo of two men at what looks like a pride parade has been widely shared on social media. Those sharing it alleged that the men in the photo were none other than Ukrainian President Volodymyr Zelenskyy and his adviser Oleksiy Arestovych. The photo was purportedly from a 1999 pride parade in New York City in the United States. The archived version of this photo can be seen here. Did Zelenskyy attend a New York pride parade more than two decades ago? AFWA found that this photo was neither from 1999 nor featured the Ukrainian leaders. It was digitally manipulated.

A reverse search of the viral photo led us to the Flickr page of a Los Angeles-based photographer called Thomas Locke Hobbs. 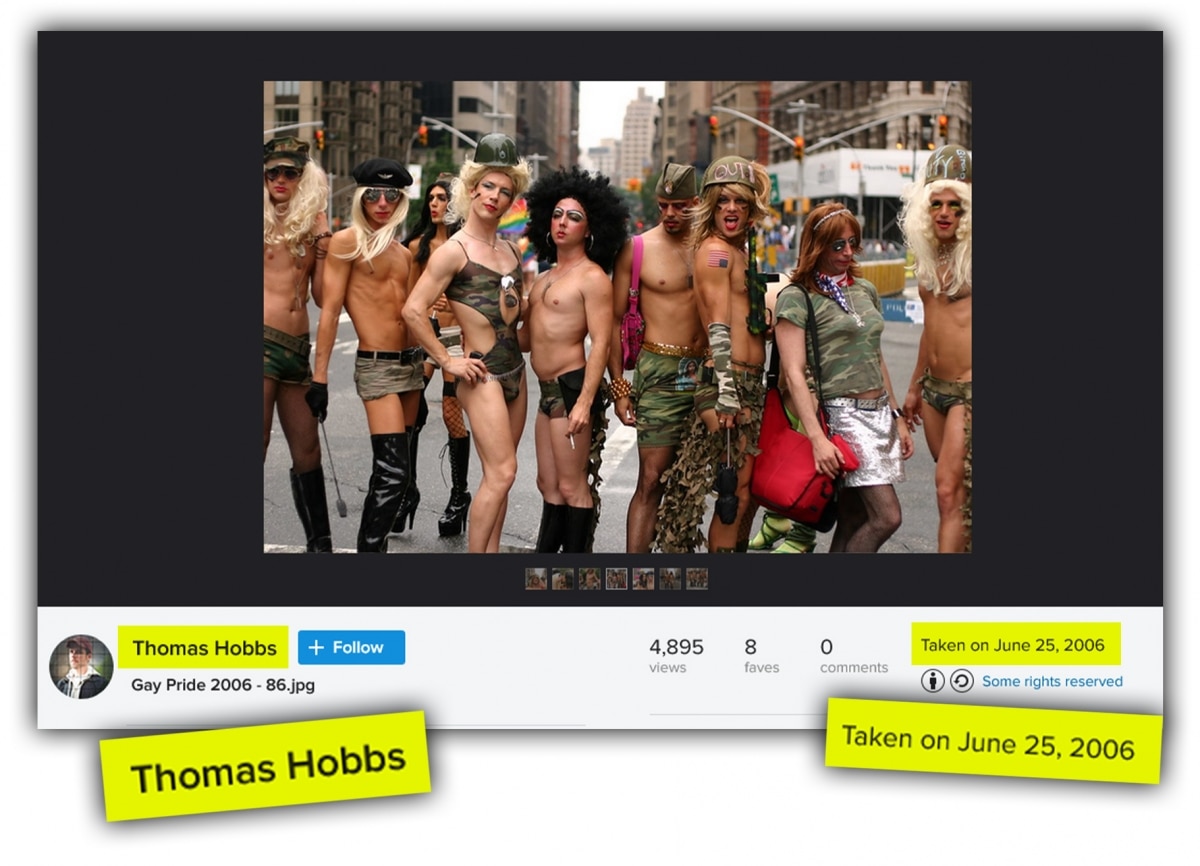 As per the photo’s EXIF metadata, it was shot on June 25, 2006. Tags like New York City were used, which indicate that this event was held there. Looking at the original photo, one can easily deduce that someone digitally added Zelenskyy’s face to it. The same was clear for Arestovych’s face as well. There was also a third face in the background that was digitally added to the original photo. More photos from the same event shot by Hobbs can be seen here. Hobbs also confirmed to Agence France-Presse that the photo that was later digitally manipulated was indeed shot by him in New York City in 2006. AFP also reported that the aforementioned third face in the background was that of former Ukrainian president Petro Poroshenko.

Thus, it’s more than clear that the photo being shared online does not feature any Ukrainian leaders, present or past.

This photo is doctored. The original is from a 2006 New York City pride parade and does not feature Zelenskyy.