Several villages in Gujarat, it is believed, are far away from being Open Defecation Free, putting a big question mark on the claims of the incumbent BJP government. 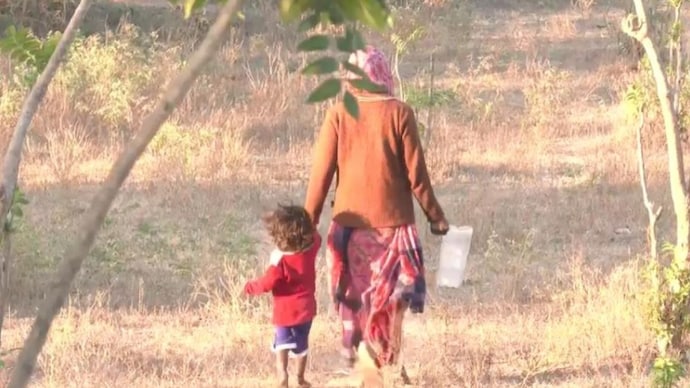 Men, women and children every morning go to the fields carrying water in plastic bottles

By Dev Ankur Wadhawan: In October 2017, the BJP government in Gujarat declared the state to be open defecation free (ODF). However, the reality on the ground tells a story quite different from the state government's claim made over five years ago.

India Today TV visited Linch, a village that is hardly 50 km from the state capital, Gandhinagar.

Men, women and children every morning in this village make their way to the fields carrying water in plastic and glass bottles to relieve themselves.

50-year-old Sanjay, with eight other members of his family, said that there is no toilet in their home and that his family members go out to defecate.

“There is no toilet at my home. The government did not provide any money to build a toilet. Toilets should be there in every house. If there is a toilet, my family members and I will not have to go out to defecate," Sanjay told India Today TV.

Ranjan, Sanjay's wife, admitted that going out in the night is quite scary and comes with risks.

“I am scared of going to the fields in the night. It is dark and one does not know what may happen," Ranjan said.

The couple's 18-year-old daughter, Saroj, also expressed her fears about going to the fields in the night but said there are no other options.

“I go to the fields. There is fear, but what can we do? There are no toilets in most homes," Saroj told India Today TV.

Many villagers India Today TV spoke to mentioned that some houses have toilets but most in the Linch village do not, which means that people are forced to go out.

"I have been living here for 35 years. There are no toilets in most houses. Most people go out to relieve themselves. I have an Aadhar card and a voter card but I did not get any money to build a toilet. The government's claim of ODF is false," Narsighbhai, a resident of the village, said.

His wife, Geeta, also expressed a sense of fear involved in going out in the open, especially during the night.

“When it is dark, venturing out is a risky affair,” she said.

Baldev, who was the village sarpanch till recently, initially claimed that the mentality of the people is responsible for open defecation. However, he later admitted that not enough toilets were built during his tenure as the sarpanch.

"I got 114 toilets made. The applications for 57 toilets are pending. So far, the money spent on construction of toilets already sanctioned has not been paid. Construction of several toilets is pending because the contractor backed out as the cost of construction rose," Baldev said.

Several villages in Gujarat, it is believed, are far away from being Open Defecation Free, putting a big question mark on the claims of the incumbent BJP government.