Here are the major ISRO achievements of 2021 and the upcoming plans for the Indian space sector. 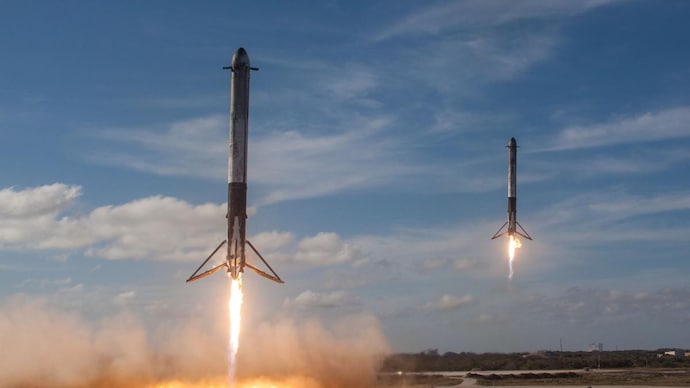 Here are the major ISRO achievements of 2021 and the upcoming plans for the Indian space sector.

By India Today Web Desk: The Covid-19 pandemic continuing through 2021 caused a setback in the plans in many industries and the same was true of the Indian Space Research Organisation (ISRO). The major ISRO achievements of 2021 can be asked in UPSC, SSC, RRB, Bank PO/Clerk or any other government and competitive examinations and is thus an important topic for candidates.

Here are the major ISRO achievements of 2021:

PSLV-C51 lifted off from the First Launch Pad of Satish Dhawan Space Centre SHAR, Sriharikota, at 10:24 am. Amazonia-1 was injected into its intended orbit after a flight of about 17 minutes 23 seconds.

In the succeeding 1 hour 38 minutes, all the 18 co-passenger satellites were also successfully separated in sequence.

Amazonia-1, the optical earth observation satellite of National Institute for Space Research (INPE), would provide remote sensing data to users for monitoring deforestation in the Amazon region and analysis of diversified agriculture across the Brazilian territory.

The PSLV-C51/Amazonia-1 was the first dedicated commercial mission of NewSpace India Limited (NSIL), a Government of India company under Department of Space.

This was supposed to be India’s first state-of-art, earth observation satellite which would have been placed in a geo-synchronous orbit around the earth.

EOS-3 was supposed to provide real-time imaging of large areas of the earth, monitor natural disasters and provide warnings for the same, and observe cyclones, cloudbursts, thunderclouds, etc.

However, even though the first and second stages were normal, a technical anomaly prevented the Cryogenic Upper Stage ignition and the mission couldn't be accomplished as intended.

1. Now that 2021 is coming to an end, the next ISRO achievements and targets in the line are Chandrayaan 3, the successor to the Chandrayaan 2 mission, which will attempt a soft landing on the moon, most likely in the third quarter of 2022. A lunar lander and a rover will go on the mission. The total cost of the mission will be over Rs 600 crores.

2. Radar imaging satellite RISAT-1A (EOS-4) will be launched by ISRO using PSLV around January 6, 2022. It will carry out terrain mapping and analyse the land, ocean and water surfaces for soul moisture.

3. Gaganyaan, India’s first human spaceflight mission, is expected in 2023. The spacecraft jointly made by ISRO and HAL will carry three Indian astronauts to the low earth orbit (of 2000 km or less) for a period of five to seven days.

4. In the first quarter of 2022, NSIL plans to launch GSAT-24, a four-tonne class communication Ku-band satellite made by ISRO, into orbit, using an Ariane-5 rocket operated by Arianespace, an European aerospace agency.

The entire satellite capacity for this launch will be leased to Tata Sky for meeting their DTH application needs. GSAT-24 will be owned and operated by NSIL on a commercial basis.

After the failure of the GSLV-F10/Gisat-1 mission, ISRO is working out all the kinks and conducting a variety of tests so that the subsequent missions go smoothly.