Here are a few incredible facts about the James Webb Space Telescope you absolutely need to know. 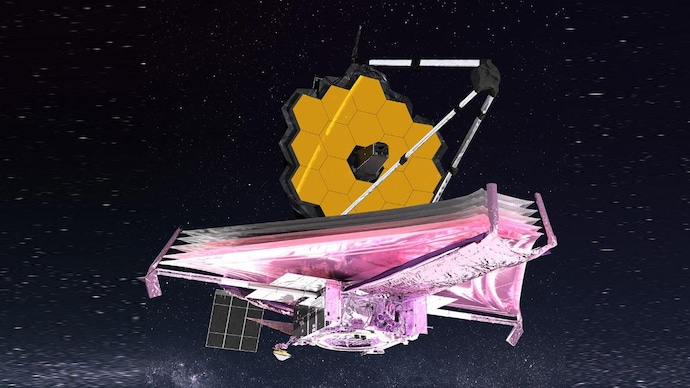 By India Today Web Desk: The James Webb Space Telescope is an orbiting infrared observatory. It is the world’s most powerful ‘telescope’ and on January 25, it reached the point called second Lagrange point (L2) between Earth and Sun, which is 15,00,000 km away from Earth -- more than four times as distant as the moon. It has entered orbit here and is expected to work for a decade or two, watching the birth of our universe.

The James Webb Telescope was launched from Europe's Spaceport in French Guiana on board the powerful Ariane-5 rocket on Christmas day last year. JWST travelled at 843.12 kilometres per hour over a month to arrive at its destination.

Now that it has reached orbit, the James Webb Telescope will enter a controlled cooldown period which would allow it to better sense infrared information.

It will also go through another five months of commissioning before it begins observing the universe in infrared. So, the first images from Webb can be expected to start coming in around five months.

The JWST will face the dark side of Earth, away from Sun, and observe the early universe going as far back as the big bang itself.

It is set to solve mysteries about the solar system, look at distant stars and worlds and probe the mysterious structures and origins of our universe.

Significance of Lagrange points: These positions in space help objects to stay put as the gravitational pull of two large masses precisely equals the centripetal force required for a small object to move with them. These points in space can be used by spacecraft to reduce the fuel consumption needed to remain in position.

Here are the key facts about the James Webb Space Telescope:

2. The golden mirror is the most incredible facet of the world’s most powerful telescope. The
diameter of the primary mirror is approximately 6.5 m (21.3 ft).

3. The first layer of the sun shield can handle maximum temperatures of 383K = approx 231F.

4. The mission goals of the James Webb Space Telescope are:

5. The instruments being carried by the JWST observatory are:

6. The major innovations employed in the James Webb Telescope are:

Read: Story of iconic golden mirrors on James Webb Telescope and challenge of setting them up in space

Jio 5G now available in more cities in India: Check out Welcome Offer and other details