Nuclear power in India is the fifth-highest generator of electricity in the country. Here are some basic details about India's nuclear power and the list of nuclear research centres in India. 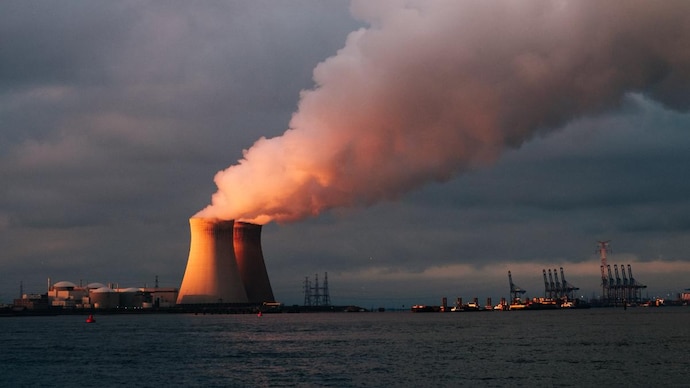 Nuclear power in India is the fifth highest generator of electricity in the country. Here are some basic details about India's nuclear power and the list of nuclear research centres in India.

By India Today Web Desk: The Indian government aims to grow its nuclear power capacity as part of its infrastructure development programme and has set ambitious targets for the same. It has a largely indigenous nuclear power programme.

Shortly after India’s independence in August 1947, Homi J Bhaba convinced the then-PM Jawaharlal Nehru to invest in nuclear energy. The Atomic Energy Act of 1948 created the Indian Atomic Energy Commission “to provide for the development and control of atomic energy and purposes connected therewith”.

Because of its weapons programme, India is outside the Nuclear Non-Proliferation Treaty. Due to this, the country was mostly excluded from nuclear plants and material trade, and it hampered the development of civil nuclear energy till 2009.

Moreover, since 2010, an incompatibility between India’s civil liability law and international conventions has limited the provision of foreign technology in nuclear research.

India was allowed access to civilian nuclear technology and fuel from other countries after a waiver was granted by the 48-nation Nuclear Supplier Group (NSG) on September 6, 2008.

The lack of indigenous uranium along with earlier trade bans has led to India uniquely developing nuclear fuel cycles to exploit its thorium reserves.

Developing a prototype for an atomic reactor using thorium and low-enriched uranium is a key part of India's three-stage nuclear power programme.

Read: 14 defence training institutions and military academies in India to help you become a professional soldier

Read: The 15 Prime Ministers of India: Meet the 'movers and shakers' of the country