Day of Women and Girls in Science: 7 women scientists whose discoveries were credited to men

On the Day of Women and Girls in Science, here are 7 women scientists whose discoveries were credited to men. 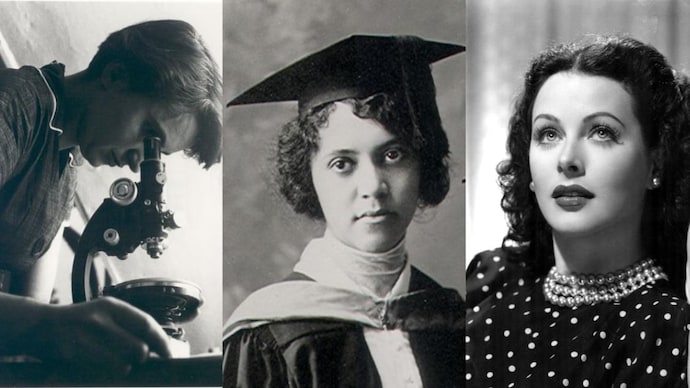 On the Day of Women and Girls in Science, here are 7 women scientists whose discoveries were credited to men. (l to r: Rosalind Franklin, Alice Ball, Hedy Lamarr)

By India Today Web Desk: History and science books are littered with mentions of ‘great’ men, many of whom were of course not that great. Incredible women who have created history (and science) have often been simply written out, many a time because some man was there to take the credit for her work.

And there are many such cases and these are only the ones that we know of and not completely lost to time which show that there have been ground-breaking discoveries and inventions made by women.

And this is all the more significant because are talking about periods of history where women definitely didn’t have equal education, forget about equal opportunities, especially in the field of science.

But there were many who were walking outside the boundaries drawn for them in their times and sadly lost out visibility through time because of men who not only took credit for their work casually but through mentions in journals, winning major awards, earning millions and being iconised in history.

All the while, the names of many women scientists and researchers have been either entirely wiped out from history or delegated to a footnote both in research papers and in the lens of history itself.

As we celebrate the Day of Women and Girls in Science, we are fully aware that even today, we haven’t reached a space where women in STEM get equal opportunities and equal pay for their work.

The gender gap still exists, and it is through sharing more and more stories of women scientists can we hope to one day bring justice to their contributions.

Here are 7 women scientists whose discoveries were credited to men: 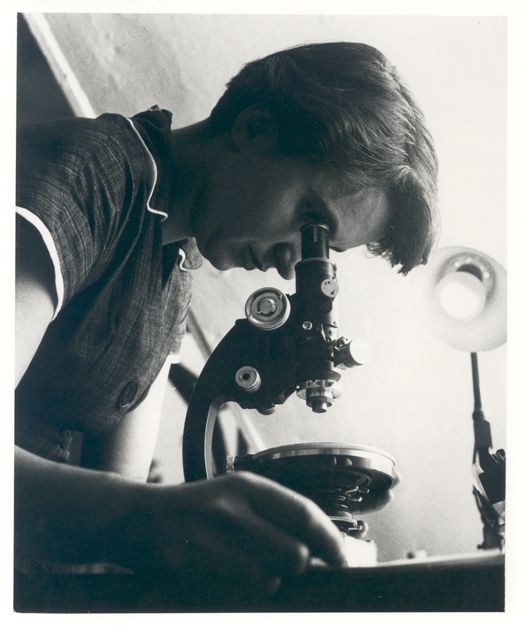 Cambridge University scientists James D Watson and Francis HC Crick are credited for discovering the double helix strand structure of the DNA which pushed forward our understanding of the human DNA to a great extent.

One of her colleagues showed the image to the male scientist duo without telling Franklin. It took Franklin a year more to fully interpret and describe the double helix structure.

Two years later, Watson and Crick published their findings in 1953. Franklin was published in the same journal but in later pages which gave people the idea that her work supported that of the other two.

A year later, Rosalind Franklin died of ovarian cancer and four years later, Watson and Crick picked up the Nobel Prize in 1958 for the double helix discovery.

Apart from this work, she unravelled the structure and porosity of coal for her PhD thesis, which led the British to develop better gas masks during WWII. 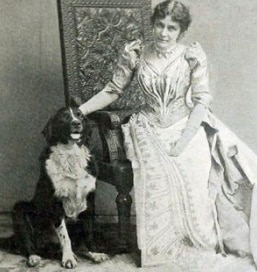 British scientist John Tyndall is most often credited for discovering the greenhouse effect -- the gradual warming of Earth's atmosphere which is a foundational discovery in the field of climate science.

However, it was Eunice Foote, a pioneering American scientist and a women's rights activists who first theorised and demonstrated the greenhouse effect.

She conducted a series of experiments in the 1950s where filled glass cylinders with different gases and kept them in the sun to measure how the temperature changes differed.

She did publish her findings in the American Journal of Science in 1857 but she was not even allowed to present her research at a scientific conference and had to ask a male colleague to do it.

Though her work was published three years before Tyndall, it is the male scientist that most people remember for discovering the greenhouse effect.

Nuclear fission -- the ability to split atoms -- was a ground-breaking development that led to the atomic bomb and nuclear reactors.

It was legendary physicist Max Plank’s students, Austrian and Swedish physicist Lise Meitner who suggested the idea of bombarding uranium atoms with neutrons in order to learn more about uranium decay to her colleagues Otto Hahn and Fritz Strassman.

Meitner was also the first German woman who had a professorship at a German university. Nevertheless, she was Jewish and living in Berlin in 1938. To escape the Nazis, she had to leave her research behind and escape to Stockholm. Her colleagues continued the research and got some unexpected results.

Lise Meitner then partnered with Otto Frisch, an Austrian-born British physicist who was in Sweden at the time. Together, they named what Hanh and Strassman has discovered -- fission.

In 1945, Hahn received the Nobel Prize for the heavy nuclei fission discovery and Meitner was not even mentioned. She went on to receive 49 Nobel Prize nominations for Physics and Chemistry but never won.

In 1966, the US awarded her the Enrico Fermi Award alongside Hahn and Strassman for her contributions to nuclear fission. She died two years later. 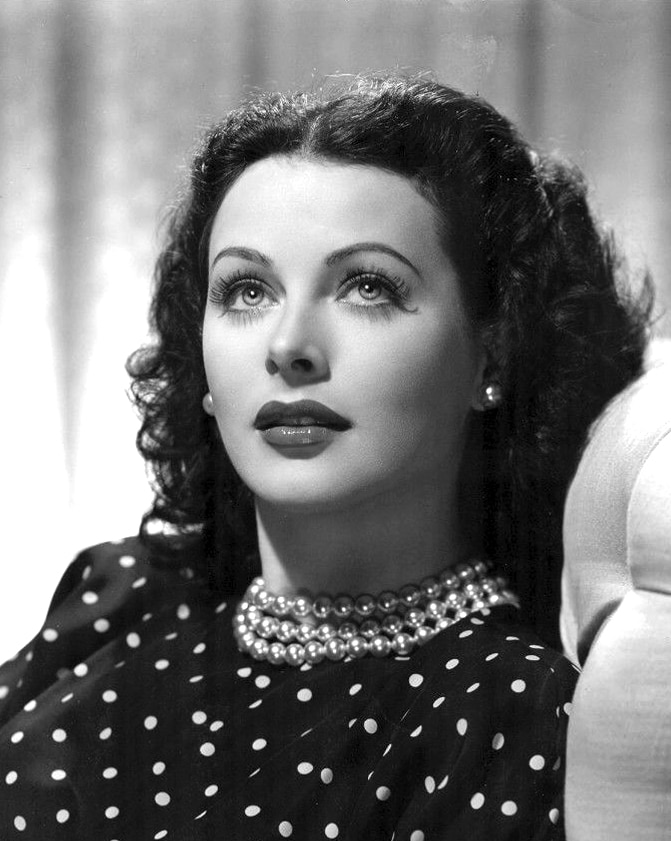 (Publicity Photo for The Heavenly Body, 1944)

The silver screen star in the Golden Age of Hollywood had worked closely with George Antheil during WWII to discover 'frequency hopping' so that they could prevent the bugging of military radios. They created a radio guidance system for Allied torpedoes.

The US Navy ignored her patent and later used her work to develop several new technologies and weapons systems. He work is the basis for Wi-Fi, CDMA, and Bluetooth technology.

Later on, her patent was rediscovered by a researchers and Lamarr finally won the Electronic Frontier Foundation Award. Shortly after, she died in 2000. Lord Byron's daughter, Lady Ada Lovelace wrote the instructions for the world's first ever computer programme while collaborating with mathematician and inventor Charles Babbage in 1843 in the creation of the analytical engine -- a precursor to the computer.

Her extensive notes decided how Babbage's machine could be fed data in order to solve complicated math problems or even compose music.

But since it was Babbage who created the actual engine, Ada Lovelace's contributions are often obscured by debate. 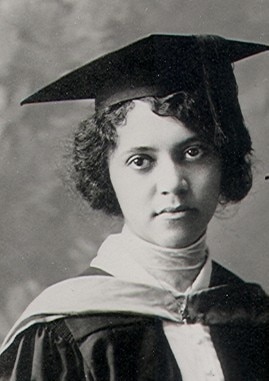 Hansen's disease or leprosy, a stigmatised bacterial infection, was quite a danger to the healthcare system since its first mention in an Egyptian papyrus from around 1550 BC.

Contagious patients were usually isolated and left to die. But 23-year-old chemist Alice Ball was trying to find a cure while working at the Kalihi hospital in Hawaii.

She was trying to figure out how to inject chaulmoogra oil directly into the bloodstream since it didn't mix with blood. Oil from the chaulmoogra tree was used in Chinese and Indian medicine and was said to alleviate symptoms.

In 1916, Ball, the first woman and the first black Chemistry professor at the University of Hawaii, figured out how to turn the oil into fatty acids and ethyl esters that would make the medicine injectable.

However, just months later, she died from a lab accident complications. Arthur Dean, teh head of her department, took over her study, and published a paper on the 'Dean's Method'.

Later, it was changed to 'Ball's Method' after a colleague of hers spoke up and helped change the name. While she was just a graduate student, Candace Pert discovered the receptor that allows opiates to lock into the human brain. This was a ground-breaking discovery in the field of neuroscience.

However, it was her professor, Dr Solomon Snyder who walked away with an award for it. When Pert wrote to him in protests, he responded with, "That's how the game is played."

Let us keep retelling and sharing these stories again and again so that the names of these great women scientists are no more lost in history but gradually become household names for so incredible were their contributions.

Read: International Day for Women and Girls in Science: Indian women scientists who proved that they are not less than men

Read: Only 6 percent of Nobel Prize winners are female: 11 women who should have won the Nobel but didn't

Read: 10 women who won the Nobel Prize and shattered the glass ceiling

Fire breaks out at skyscraper near Burj Khalifa in Dubai | Visuals