SIGN IN
Dark Mode
NewsE-Mindrocks 2021If I work with Salman Khan, doesn't mean I can't troll him: Carry Minati at e-Mind Rocks

If I work with Salman Khan, doesn't mean I can't troll him: Carry Minati at e-Mind Rocks

On India Today’s e-Mind Rocks 2021, Carry Minati spoke about the coronavirus pandemic. He also said that if he works with Salman Khan or Ajay Devgn, it doesn't mean that he cannot troll them. 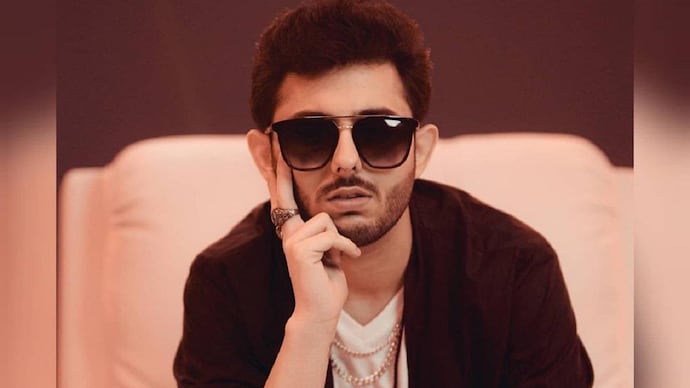 Carry Minati was one of the guest speakers at e-Mind Rocks.

By India Today Web Desk: YouTube's biggest star Carry Minati was one of the guest speakers at India Today's e-Mind Rocks 2021. Carry Minati spoke on the topic "Viral Sensation". He said that the pandemic was a blessing in disguise for him. Carry also talked about the recently-released animated video on Bigg Boss.

Excerpts from the interview:

Carry Minati talked about his experience during the coronavirus pandemic at e-Mind Rocks 2021. “This pandemic when it started to aisa hi tha fantasy kind of. I don’t go out much, I stay at home and work. So when it started, I was excited of course there was panic, but at same it was interesting because it felt like it was different. However, as time passed, I felt like it was playing with our minds. I did not go anywhere, I was mostly at my house making videos and repeating the schedule every day. So there was always this thing that how can I offer something different to my audience,” he said.

Carry Minati on why he felt this lockdown was a blessing for him. “YouTube is a very different game than Instagram. I realised that it is going to be two years since the pandemic started. So, I have changed during this time. The way I see my content and channel has also changed. Previously, it was that I had to release a video on my channel so that the people would get entertained. Now, the purpose has changed. Now, I think about how my videos can impact a large number of people. I feel every creator is insecure and I felt this lockdown was a blessing to come out of that insecurity.”

Carry Minati recently released an animated video of him roasting the reality television show Bigg Boss. When asked if he is not scared to roast or troll Salman Khan, this is what he said, “Even if I work with Salman Khan it doesn’t mean that I cannot troll him and these celebrities have a lot of knowledge in terms of how the entertainment business works. I have realised log ko firstly farak nahi padhta and secondly, they understand that entertainment is entertainment.”

“I was in a position where I felt that I was done with just maintaining my channel and I needed to be more impactful. So, I wanted to do things that I was planning from the very beginning. So this was my moment and I am thankful for that,” he said about making an animation video.

Is Carry Minati a night owl? This is what he said, “It is not that I am at my best when the sun comes down but at night there are no distractions. So, at night it is very peaceful and it is very easy to be in your zone.”

“It will be surprising for those who are not in the gaming industry. I think, as such, the gaming industry hasn’t exploded as such. Mobile gaming has exploded because of its accessibility. But there are some aspects of gaming that need to grow in India. It will only grow when PCs and consoles become accessible,” he added.

Did you know Carry Minati auditioned for Bollywod films? “Acting is a skill that you need to invest time in. For the longest time I have given so many auditions but acting was not my primary focus. I was always like let’s see kya hota hai. I have auditioned for films and for platforms as well. My style is very different and I will never be satisfied with being just an actor. I want to be behind everything,” he said.