SIGN IN
Dark Mode
NewsCryptocurrencyWould Apple’s mixed reality tech be a game changer for the industry?

Would Apple’s mixed reality tech be a game changer for the industry?

Apple, the technology giant, is working on developing a mixed reality (MR) headset. Though the said headset has been rumoured for years, it could finally see the light of day sometime in 2023. 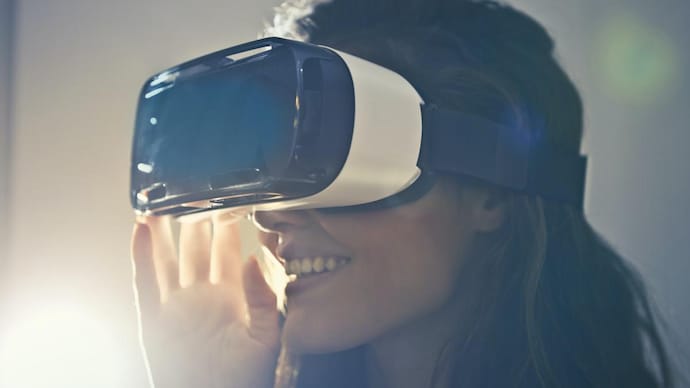 The technology company is all set to launch its next major product—a mixed-reality headset, which is rumoured to be a game changer as it may vault the company into a new era of computing.

The headgear was to make its debut with the iPhone 14 series, but owing to supply constraints, the company has reportedly forced its launch until 2023.

Know more about the device

As per reports, the headset, which is a high-end product, is likely to be priced between $2,000 and $3,000. It will feature a Mac-level M2 chip, plus, more than 10 cameras placed outside and inside the device. Moreover, the headgear comes with the highest-resolution displays ever featured in a mass-market headset.

Further, the said device will function on a new operating system dubbed realityOS and will also include mixed-reality versions of FaceTime, Messages, Maps, etc., which are the core Apple apps. Oak, the initial version of the operating system, is about to wrap up and should be ready for the new hardware next year.

Some reports claim that the company is on the outlook for hiring more software professionals so as to develop its own 3D mixed-reality world.

To begin with, Apple’s MR/VR/AR service might provide virtual office meeting platforms for corporates and even launch immersive classroom features for schools and gradually pave the way for building a metaverse-like social media platform.

Though the technology behind smartphones is constantly evolving, however, with no major innovation or breakthrough, Apple’s mixed reality hardware is touted as the next big thing that can turn the tables and will drive the company's revenue for the foreseeable future.