A man stabbed his wife to death less than a month after marrying her against the wishes of his parents in Rajasthan’s Ajmer. 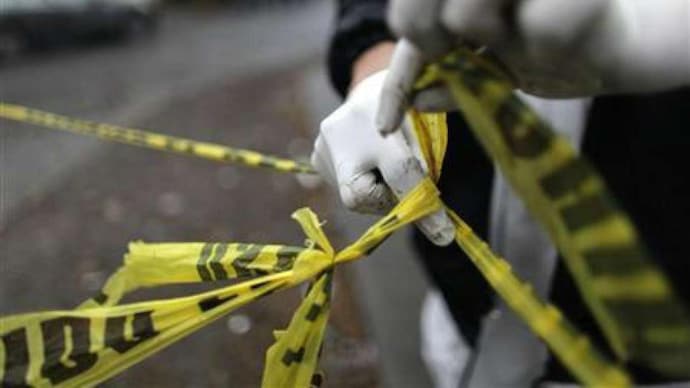 Mukesh’s family objected to the marriage but the couple went against it.

By Jaykishan Sharma: A man stabbed his wife to death with a knife following a quarrel over dowry in Rajasthan’s Ajmer on Wednesday. The accused, 34-year-old Mukesh, has been arrested.

Mukesh married 32-year-old Jennifer on October 29, a year after they met through a common friend.

According to Inspector General of Police of Ajmer Range, Rupinder Singh, “A verbal spat broke out between the couple around 11 am after which Jennifer threatened Mukesh that she would inform her parents. He lost his cool and stabbed Jennifer multiple times with a sharp edge knife. The murder was so brutal that around a dozen deep wounds were recovered from the body of the victim. Prima facie, it appears that the accused wanted to mutilate the body of the victim."

Locals heard screams of the victim and later they saw Mukesh carrying something in a sack. Suspecting that Mukesh might be carrying her body inside the sack, they informed the local police.

Mukesh tried to escape but was caught in Dawar Nagar lane 4. The accused confessed that he killed his wife and threw the body in Puskhar area packed in a sack.

"Mukesh, a garment seller, was 36-years-old and was eagerly waiting to get married. His parents were failing to search a life partner for him. Last year in August, his friend Ramesh introduced him to Jennifer. Both started knowing each other and later fell in love with each other," said a police official familiar with the development of the case.

The police official further added that Mukesh’s family objected to the interfaith marriage but the couple went against it.

According to the police, Mukesh pressurised the victim’s mother to pay a dowry. On Wednesday morning, the couple again broke into a spat and when the woman threatened that she would inform her mother about it, Mukesh lost his cool. He brought a sharp edged weapon and slit Jennifer's throat. He then brutally stabbed her and then packed her body in a sack to throw it on the streets.

"Jennifer lost her father at a young age. Her mother, who works in the electricity department, raised her. The brother of the victim lodged a complaint that Mukesh was demanding dowry and was pressurised her. He also used to beat her occasionally," said Chavi Sharma, Deputy Superintendent of Police, Ajmer North.

She added that police is examining the spot and more details would be revealed once Mukesh is taken into police custody.