SIGN IN
Dark Mode
NewsAutoCarsMaserati reveals new GranTurismo, powered by the V6 from the MC20

Maserati reveals new GranTurismo, powered by the V6 from the MC20

The exterior of new grand tourer has been revealed which gets a tweaked design, but the highlight is the new Nettuno V6 from the MC20 supercar. The new Maserati GranTurismo gets a tweaked look but retains the unmistakable Maserati persona.

By Auto Today: Maserati has revealed the new GranTurismo, which debuts a new design and engine. The revolutionary Nettuno V6 that made its debut with the Maserati MC20 has made its way onto this long-distance tourer. The brand has presently only revealed the exterior of the car, which is being driven around Italy by Maserati employees. The new Maserati GranTurismo does not look so different to the outgoing car. The front features the oval grille with the brand’s ‘Trident’ logo while the bonnet features two indents probably meant to channel the air and help with the aerodynamics. The headlamps are slim longitudinal ones and feature L-shaped LED daytime running lights. The three gill-like air vents on the fenders are still present and so is the Trident logo on the C-pillar. The rear gets LED taillamps. The special livery on the car is a homage to the Maserati A6 1500 that made its debut 75 years ago and was the brand’s first production road car. 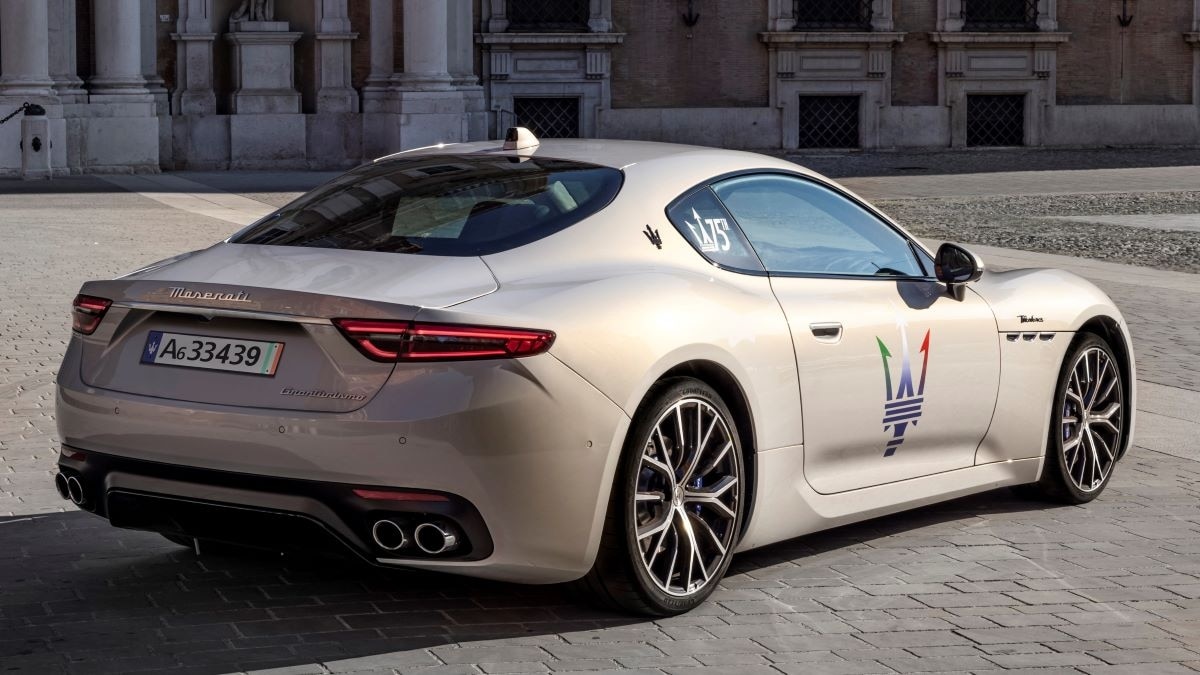 Maserati will be using the Nettuno V6 engine from the MC20 sports coupe. Although the brand has not revealed the technical details, expect the 3.0-litre 90-degree twin-turbo V6 engine to produce a maximum of 630bhp as in the MC20. The car is also expected to get a hybrid powertrain as well as a fully-electric powertrain as the brand moves towards an electrified portfolio.