The last Aventador Ultimae Roadster marks the end of the naturally-aspirated V12 engine that kickstarted the journey for Lamborghini six decades ago. Stephan Winkelmann, Chairman and CEO Automobili Lamborghini with the administration and production staff at Sant'Agata Bolognese with the last Aventador Ultimae Roadster.

By Anagh Bhaskar: The last Lamborghini Aventador has rolled off the assembly line at the brand’s facility in Sant’Agata Bolognese, Italy. The last car, an Aventador LP 780-4 Ultimae Roadster ends the 11-year-long reign of the V12 supercar which was first unveiled to the world in 2011. The end of the car also marks the end of the iconic naturally-aspirated V12 engine as the replacement due to be revealed later this year will use a hybrid powertrain. Aventador spawned several models such as the S, SV, SVJ, Ultimae and Roadster versions during its 11-year production run.
advertisement

The Lamborghini Aventador made its debut in 2011 as the LP 700-4 and it surpassed the fame, performance and the Raging Bull DNA of its predecessor, the Murcielago. The car went on to evolve into more than 8 models, including the S, SV, SVJ, Ultimae and roadster versions. Many one-off and limited editions such as the Veneno, Centenario and Sian FKP37, also spawned from the car. Overall, the production run of the car resulted in 11,465 units, more than all of the previous V12 models combined.

“The Lamborghini Aventador was a game-changer at its launch, and the flagship Lamborghini model for 11 years of production, the V12 engine has been part of Lamborghini’s heritage since the company’s earliest days; the beating heart of models from Miura to Diablo, Countach to Murcielago. The Aventador captured Lamborghini’s competencies in design and engineering when it debuted in 2011, with Lamborghini values that are always at the centre of the company and product impetus: pure, futuristic design; benchmarking performance; and addressing technical challenges with innovation to produce the most emotive, class-leading super sports cars. These principles are the very essence of the Lamborghini Aventador, and assure its timeless appeal.” says Stephan Winkelmann, Chairman and CEO of Automobili Lamborghini. 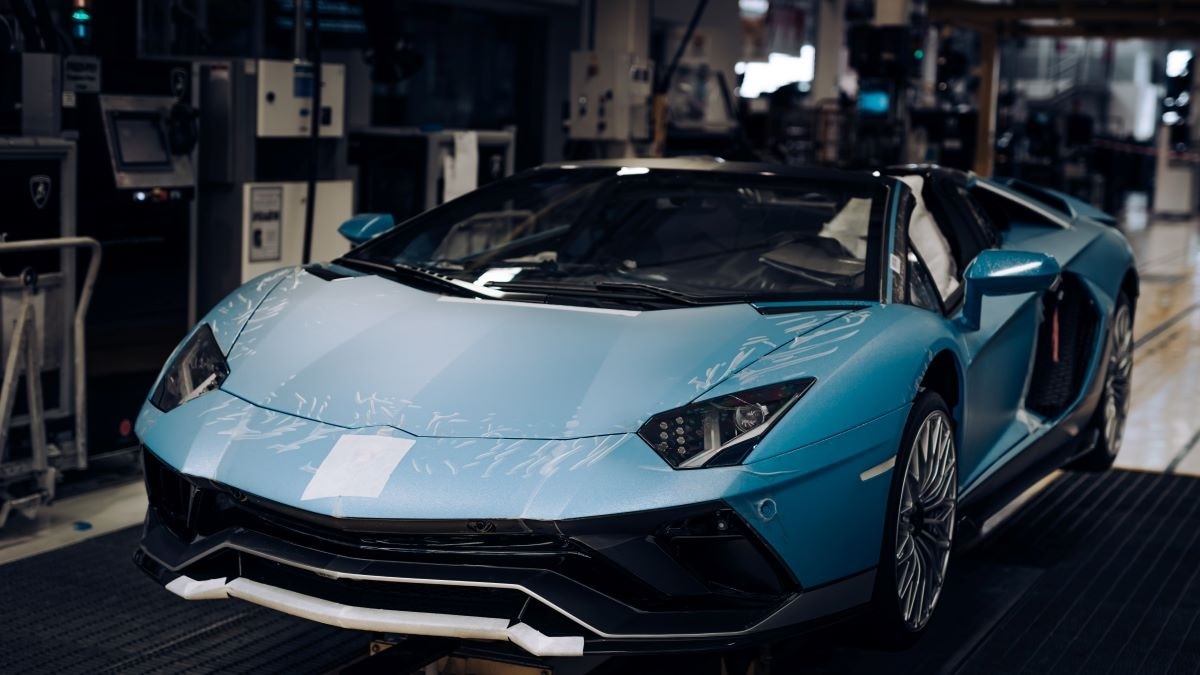 Last Aventador Ultimae Roadster marks the end of production for the model and is the most powerful one till date with 780bhp on tap.

The last car is a Ultimae Roadster finished in a special light blue Ad Personam colour headed for Switzerland. The model is the most powerful road-going iteration of the Aventador, producing 780bhp which is 10 more than the SVJ. The car can go from 0 to 100kmph in just 2.8 seconds and to a blistering top speed of 356kmph. Lamborghini limited the production run of the Ultimae, only 350 units of the Coupe and 250 units of the Roadster. Visually, the Ultimae is a mix of the styling elements picked up from the S, SV and the SVJ.

The replacement for the Aventador is expected to use a plug-in hybrid powertrain which will ultimately lead to fully-electric models. Along with the Halo car, the Huracan and the Urus will also get similar electrified powertrains. Most recently, the brand launched the Huracan Tecnica, the last iteration of the naturally-aspirated V10 in India at Rs 4.04 crore (ex-showroom).