Leave them out of it! Karan Johar reacts to trolls abusing his kids Yash, Roohi

Karan Johar has revealed that trolls have abused his kids - Yash and Roohi. Here's how he reacted to it. 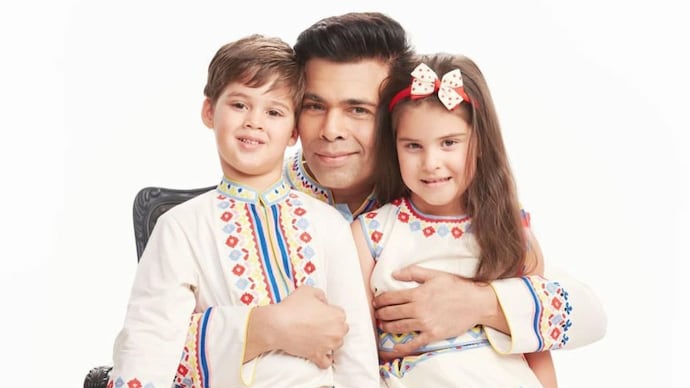 By Nirali Kanabar: Karan Johar has been subjected to trolling over the years. The filmmaker-producer has been criticised and mocked for more reasons than one. And he has learnt how to deal with social media trolling. In the last and 13th episode of his chat show, Koffee With Karan 7, KJo opened up about being trolled on social media for various reasons. The filmmaker-producer mentioned that it doesn't bother him when people say nasty things about him. However, he does get affected when trolls abuse his little ones - Yash and Roohi.

KARAN ON TROLLS ABUSING HIS KIDS

On the last episode of KWK 7, Karan welcomed Niharika NM, Danish Sait, Tanmay Bhat and Kusha Kapila as his guests and jury for the Koffee awards.

In conversation with them, Karan revealed how he feels when trolls attack him and abuse his kids. "I built some kind of thick skin over the years. Honestly, it doesn't bother me the way people think it should bother me when I read stuff that is completely putrid, awful. They come down to even abusing my kids. Those are times when I feel like f***, just leave them out of it. I'm like, you can say whatever you want about me, my sexuality or about all the conspiracy theories they have that are really down and dirty. It really doesn't bother me and it's not like I have not been in therapy and I haven't had issues in the past," he said.

WHAT'S NEXT FOR KARAN JOHAR?

On the work front, Karan Johar will soon present his next directorial film, Rocky Aur Rani Ki Prem Kahani, on the big screen. The movie stars Ranveer Singh, Alia Bhatt, Dharmendra, Shabana Azmi and Jaya Bachchan. It is all set to hit the silver screen on February 10, 2023.